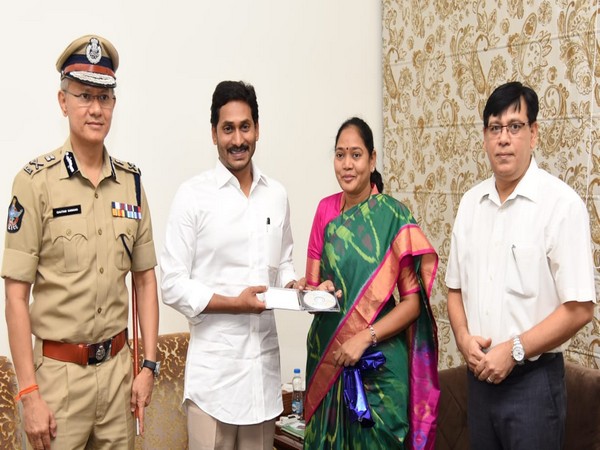 "Does the former chief minister Chandrababu Naidu not know that prior permission should be taken for rallies. The number of so-called victims were increased at the TDP-run rehabilitation camp. Who are those victims, and where did they come from?," Sucharita said at the Secretariat here.
She further accused TDP of flaring up tensions in the Palnadu region in Guntur district. After YSRCP came to power, clashes have continued in the Palnadu region and workers from both groups (YSRCP and TDP) have been victims in those clashes. As many as 72 cases of clashes have been registered in the area in which workers from both the parties are registered as accused.
Sucharita stressed upon two incidents during TDP's agitations yesterday in which two Opposition leaders had subjected police officers to humiliation.
A TDP leader had allegedly humiliated a Dalit sub-Inspector Anuradha by making casteist remarks against her. In another incident, a TDP deputy floor leader had allegedly abused an IPS officer named Vikrant Patil.
The minister said that if the woman officer decided to file a complaint, a case will be filed under SC/ST Atrocities Act and added that departmental inquiry will be taken up on the matter related to the IPS officer.
Earlier today, Home Minister Sucharita also informed that the results of Andhra Pradesh police constable recruitment (AP-PCR) exams had been released by Chief Minister YS Jagan Mohan Reddy at his camp office.
Apart from the Chief Minister and Sucharita, DGP Gautam Sawang, AP Police Recruitment Board Chairman Kumar Viswajeet were also present at the release of the results of the AP-PCR exams. (ANI)