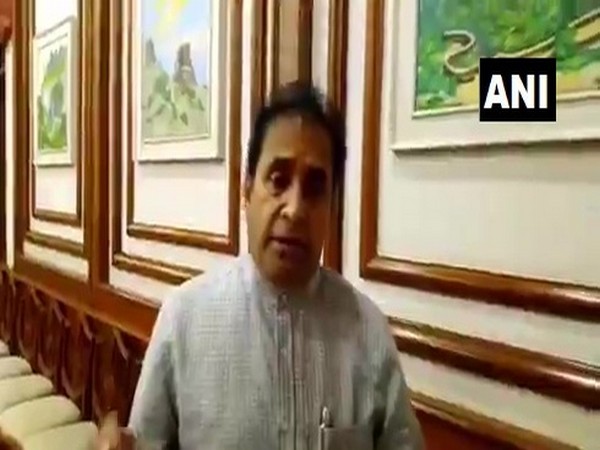 Mumbai (Maharashtra) [India], July 1 (ANI): Maharashtra Home Minister Anil Deshmukh on Wednesday said that he had detailed discussions with Police administration on beefing up security arrangements at Mumbai's two Taj hotels in Colaba and Bandra in view of the bomb threat call from Karachi.

"Twelve years after India's worst terror attack on Mumbai, two Taj hotels - Colaba and Bandra have received a terror threat from Karachi. I have had detailed discussions on beefing up security arrangements with both Maharashtra DGP and Mumbai Commissioner of Police," Deshmukh said.
Indian Hotels Company Limited (a group that runs all Taj Hotels nationwide - A Tata group company) in a statement said that it immediately alerted the authorities on receiving the threat calls.
"We immediately alerted the authorities on receiving these calls and are providing full support and cooperation to the investigating agencies. Our safety and security teams have ensured that all our protocols and guidelines are being followed towards safeguarding lives and assets. We would like to reassure our guests and associates that all adequate steps are being taken towards the safety of the premises," IHCL spokesperson said in a statement.
Security outside Mumbai's two Taj hotels - Colaba and Bandra - and in the nearby areas has been tightened.
"Security tightened outside Taj Hotels and nearby areas after a threat call was received yesterday from Karachi, Pakistan to blow up the hotels with bombs," said the Mumbai Police on Tuesday.
The police further added that the call from Karachi came in the late hours on Monday.
Taj Hotel was one of the venues which was targeted during the 26/11 attacks in 2008.
Mumbai had come to a standstill on November 26, 2008, when 10 Lashkar-e-Taiba (LeT) terrorists who entered the city via sea route from Pakistan carried out a series of coordinated shootings and bombings that injured over 300 and claimed the lives of 166 people in India's financial capital.
The attacks took place at Chhatrapati Shivaji Terminus (CST) railway station, Cama Hospital, Nariman House business and residential complex, Leopold Cafe, Taj Hotel and Tower, and the Oberoi-Trident Hotel. (ANI)