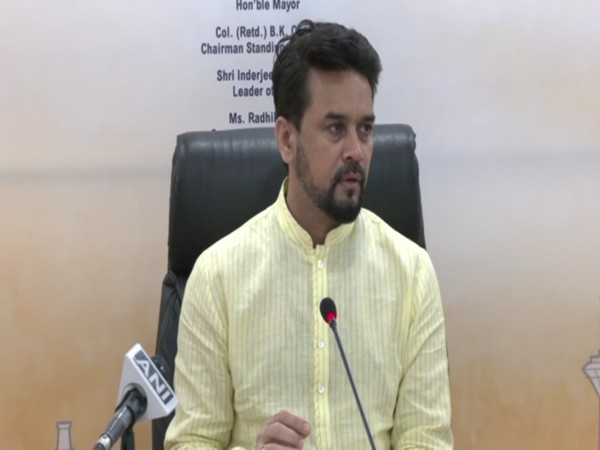 New Delhi [India], October 14 (ANI): Union Minister Anurag Thakur on Thursday launched 'MyParking' App through which people can book parking slots online in the areas under South Delhi Municipal Corporation, adding that the app would save time and called it a "win-win" situation for the people of South Delhi.

MyParking App is developed by Broadcast Engineering Consultants India Limited (BECIL) in association with South Delhi Municipal Corporation (SDMC).
Addressing the event, Thakur said, "SDMC has made an effort for those who go to the parking in SDMC Area, they have created MyParking App, through which you can book parking slot. You can book even before you leave home and you won't have to worry about where to park. It is often seen that the meeting time runs out and there is no parking space. Many times it even turns into a fight. The solution to all this is the MyParking App built for SDMC Area."
Heaping praise on Prime Minister Narendra Modi's vision of Digital India, Thakur said that PM Modi's vision of Digital India has created opportunities in this field even during the pandemic. He further emphasized on the use of technology to "change" the lives of people.
The minister also congratulated the SDMC on coming up with the app in the 75th year of India's independence and suggested publicizing the app to spread information about the app.
Thakur further hoped that other municipal corporations not only in Delhi but also in other cities can adopt this technology to solve the problem of parking in their area.
"I think if BECIL takes it to other corporations as well, then its benefits can be found in the whole of Delhi and also in different corners of the country," he said. (ANI)