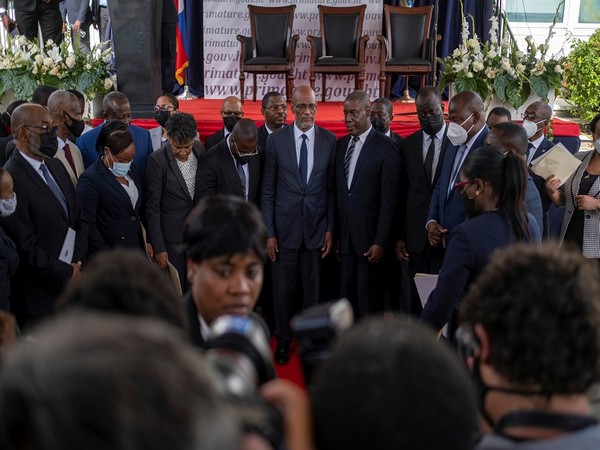 Port-au-Prince [Haiti], July 21 (ANI): Amid political turmoil caused by the assassination of President Jovenel Moise, Ariel Henry on Tuesday was appointed as the new Prime Minister of Haiti.

Ariel Henry, a neurosurgeon and former cabinet minister was tapped as Prime Minister by the President just days before he was gunned down at his home on July 7, reported NHK World.
Henry will lead the nation until a new President is chosen in an election scheduled for September.
In his inauguration speech, he said hopes to create an environment that will allow as many people as possible to cast their votes.
The United Nations, the United States and Germany have expressed support for the new Prime Minister, reported NHK World.
He faces a country wracked by poverty, crime, long-term political instability and natural disasters, including hurricanes and a major earthquake.
The President's assassination remains a mystery. The midnight assault left Moise's wife seriously wounded.
Haitian police said at least 26 people have been arrested so far, including Colombians, Haitian-Americans and a number of local police officers. Colombian authorities are cooperating in the investigation, reported NHK World. (ANI)