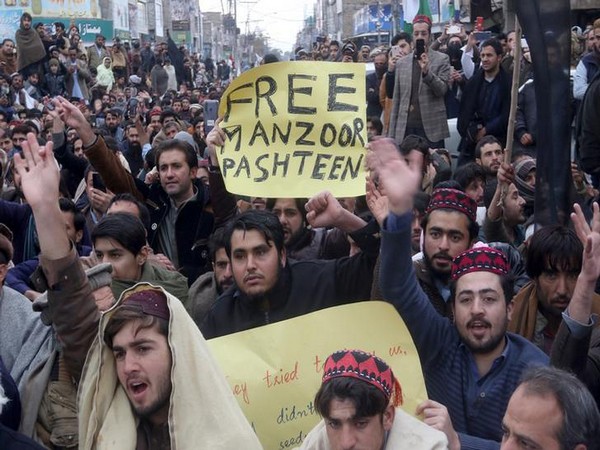 Islamabad [Pakistan], Feb 2 (ANI): Arman Loni was a professor of Pashto literature, and a poet, who died last year on February 2. But the death of the poet is something you cannot ever forget. This author still remembers when, barely twelve, the Italian poet and intellectual Pierpaolo Pasolini was brutally murdered: a political murder in disguise.
Arman Loni, the poet, has been killed last year in Loralai while participating in a peaceful sit-in outside the local Press club. He was protesting, along with many other members of the Pashtun Tahafuz Movement (PTM). After the sit-in, he was taken by the police, beaten up and struck in the neck with a gun. He died immediately after, while on his way to the hospital. After his death, torture marks were found on his body, but the police insisted he had died of a heart attack. And, following a well-known pattern, an FIR was not registered against his murderers.
Despite the protests and the calls of Amnesty International and Human Rights Watch on Pakistani authorities to investigate Arman's death in a clear and transparent way, nothing has been done until today. And Arman's death has been added to a long, long list, of people killed by the same authorities who were supposed to enforce their right to protest in a peaceful and democratic way. Three days later, on February 5, 2019, in Islamabad, more than eighty activists of PTM were detained for days without any formal charge and realised only much, much later despite the protests of human rights organisations and of the civil society.
Back then, Manzoor Pashteen commented: "During the same day in the same city there was a protest of mujahedin fighters in solidarity with Kashmir. The security forces didn't disturb them but tortured and arrested the peaceful nonviolent PTM members asking for human and civil rights".
A year later, nothing has changed. Activists and members of PTM are again on the streets, commemorating Arman's death and asking for the release of Manzoor Pashteen, arrested few days ago with the charges of sedition and anti-state activities and sent for 14 days into judicial custody, after being denied bail even after his prosecutors are unable to produce any evidence of his so-called 'sedition'.
The arrest of Manzoor has been followed by protests all over the country and abroad, and by another crackdown on PTM activists with more than 25 people have been taken in the past days and their whereabouts are not known yet.
Again, following a well-known pattern. The last one to be taken, a few hours ago, has been Alamzeb Mehsud, recently released after a year of jail for protesting peacefully against enforced disappearances. And, as happened, throughout this year marked by protests against Islamabad. The Pakistani press could not or did not want to report the whole story: the news, as happens more and more often in Pakistan, travel almost exclusively via social media and tell the story of a country increasingly torn by discrimination and violence against most of its citizens.
The Army propaganda, endorsed by the 'army of trolls' set up by Major General Asif Ghafoor and not dismantled after his 'promotion', travels also on social media, trending hashtags which are meant to slander the PTM and pass the official narrative: they are financed by 'foreign powers' and 'foreign agencies'.
Very rich ones, of course, to fund thousands and thousands of ordinary people demonstrating on the streets. But the contradictions and the irony are lost in the military and their supporters. Truth is, to quote again Manzoor: "We have been sacrificed for years on the altar of so-called strategic interests because of terrorist groups authorized to operate on our land. Our villages have been bombed and our people have been forced to abandon their homes in the name of counter-terrorism operations. Thousands of young people have been illegally detained or have simply disappeared. Many of our tribal leaders, many religious, political and student leaders have simply been murdered. The state has totally failed to prosecute those guilty of these crimes in the FATA and neighboring regions inhabited by the Pashtuns, such as the Khyber Pakhtunkhwa and Balochistan".
Waziristan, according to locals, looks every day more like an occupied country. "The good Taliban," they say "are still recruiting young people, still harbouring terrorists coming from other parts of Pakistan and helping them crossing the border with Afghanistan when they need to. They all work under the patronage of the Pakistani military."
And the Pakistani military has a standard way to deal with protesters: violence, abuses, harassment, disappearances, extra-judicial killings. It is an old recipe and proved to be a very bad one but the Pakistani Army prefers Twitter to history books. Otherwise, they would know that East Pakistan, undergoing the same treatment, became Bangladesh. And they would also know that killing poets and intellectuals is never a good idea. They become immortal, and their words as seeds ready to bloom and inflame minds and hearts.
(Disclaimer: The views expressed in this column are strictly those of the author) (ANI)