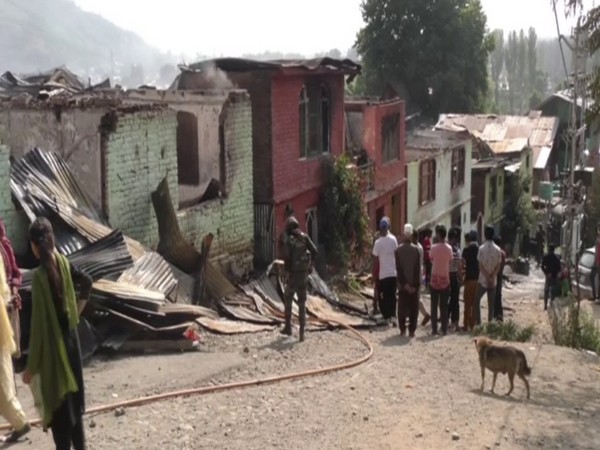 Baramulla (Jammu and Kashmir) [India], June 11 (ANI): Several lives were saved by Army personnel, with the assistance of the Jammu and Kashmir Police, after 15 houses were engulfed in the fire that broke out in the Noorbagh area of Baramulla district.

As per ground reports, 31 families were rendered homeless due to the incident that took on Thursday night injuring at least six people.
Gas cylinders were removed from the houses on priority to prevent any major explosions.
Saddam Hussain, an Army jawan who carried out the rescue operations, told ANI they had spotted people inside the houses and immediately took an action towards saving them from the massive fire.
"When we spotted that people were trapped inside the house, I took the fire hose and started dozing out the fire. There were kids and some senior citizens in the house," he said.
Major Nikhil Kumar, Company Commander 46 RR Baramulla, informed that the people who were rescued from these houses were taken to a nearby mosque. The Army provided required assistance there. 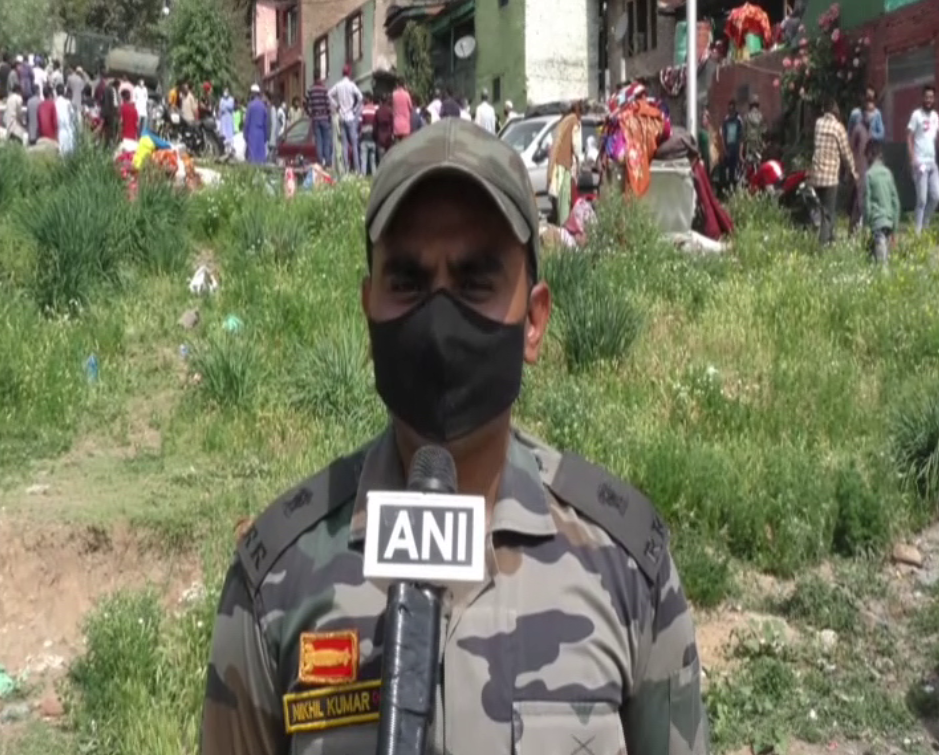 "To comfort the people, we shifted them to a mosque and provided assistance. We arranged food supplies, water and relief supplies. First aid was also given by us," he said.
"It gives the Army immense satisfaction to help the local people," added Major Nikhil Kumar.
Shabir Ahmad, a resident of Noorbagh, who fell victim to the fire reiterated the efforts of the Army and said, "Army has been on the fore front to help us. They have been bringing tea, water, and breakfast since morning. Even at the mosque, they provided everything."
Another victim, Ghulam Nabi lauded the work done by the administration, the concerned authorities and the Army for saving all the lives.
"I am thankful to administration, the concerned authorities and the Army for helping us through this situation. Many lives were saved from the fire yesterday," he said. 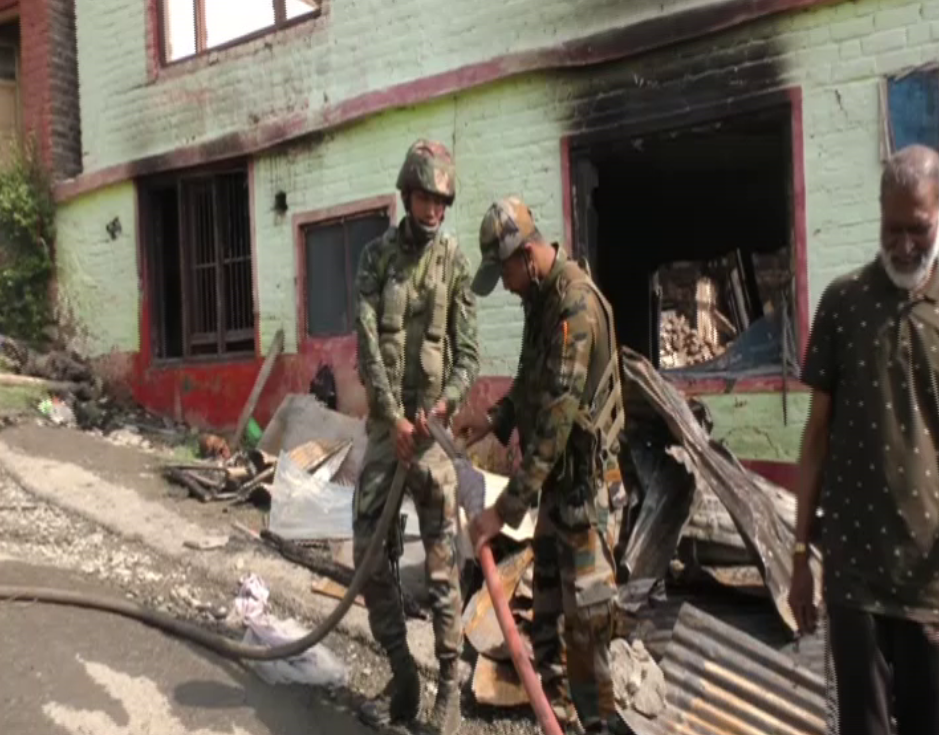 The Army has been continuously working with NGOs and civil administration since morning to distribute food, water, medicines, and blankets to the needy and also established a first aid station. Furthermore, they are working towards a suitable rehabilitation of the affected families.
"Army's 46 RR that had a Company Operating Base (COB) located in that area reacted. Fire was brought under control by 2 am. There was no loss of life but six to seven injuries. Around 170-200 people were affected by the incident," said the Indian Army on Friday. (ANI)