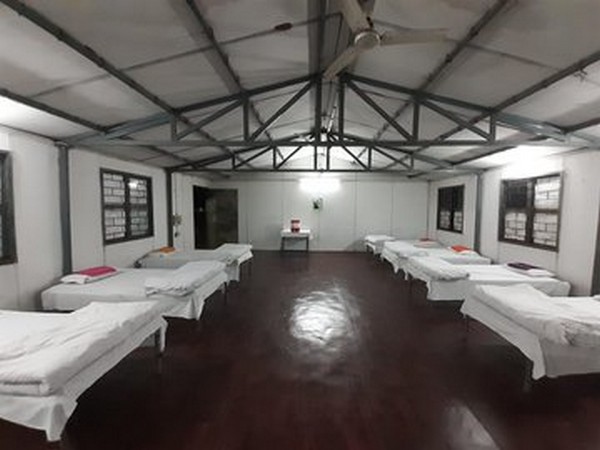 Manesar (Haryana) [India], Jan 31 (ANI): Indian Army has set up a facility near Manesar in Haryana to put over 300 Indian students arriving from Wuhan in China under quarantine, as a precaution against Novel Coronavirus (nCoV).

The students will be monitored for two weeks by a team of qualified doctors and other staff members.
"The procedure of screening and quarantine will comprise two steps, the first one being screening at the airport followed by quarantine at Manesar and if anyone is suspected to have been infected by the virus, the person will be shifted to the isolation ward at Base Hospital Delhi Cantonment," said an Indian Army official.
The screening at the airport will be done by a joint team of Armed Forces Medical Services (AFMS) and Airport Health Authority (APHO)
The facility consists of accommodation barracks for the students, administrative areas and medical facility area. To prevent a mass outbreak, the facility has been divided into sectors, each with a maximum capacity of 50 students. Each barrack has been further subdivided into barracks. The population of sectors will not be allowed to intermingle with each other.
Coronavirus has so far claimed 213 lives in China alone, while cases have been reported in several countries across the world.
The Central government has also issued a travel advisory, asking people to refrain from travelling to China. (ANI)