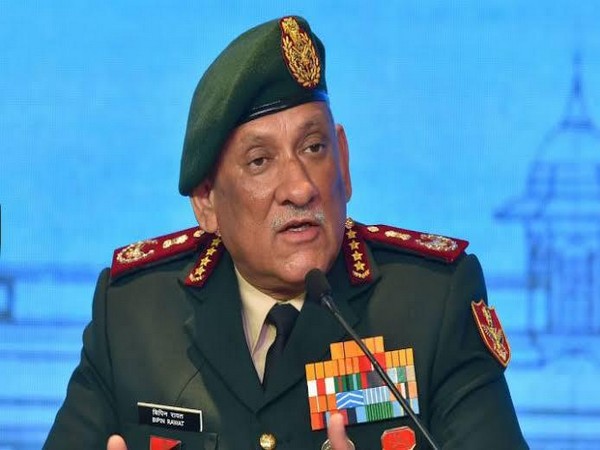 New Delhi [India], January 14 (ANI): On the fifth 'Veterans Day' of the armed forces, Chief of Defence Staff (CDS) General Bipin Rawat on Thursday said the Indian Army veterans are the strength and source of motivation for the force.

Conveying his best wishes to veterans and their families, General Rawat said Army veterans have ingrained the virtues of courage and compassion in the force.
"Veterans have been our strength and source of our motivation. Armed Forces have displayed courage in times of conflict and compassion to support the people of our nation. These are the virtues ingrained in us by our veterans who have set high standards for us to emulate," Rawat said in a statement tweeted by the official account of Additional Directorate General of Public Information, Indian Army.
"On the occasion of Veterans Day, I and all ranks of the Armed Forces convey felicitations and best wishes to you and to your families. We continue to seek your guidance because the righteous path that you have carved for us will set the course for our future," the Chief of Defence Staff said.
The Armed Forces Veterans Day is celebrated as a mark of respect and recognition to the services rendered by the first Commander-in-Chief of the Indian Army, Field Marshal KM Cariappa. (ANI)