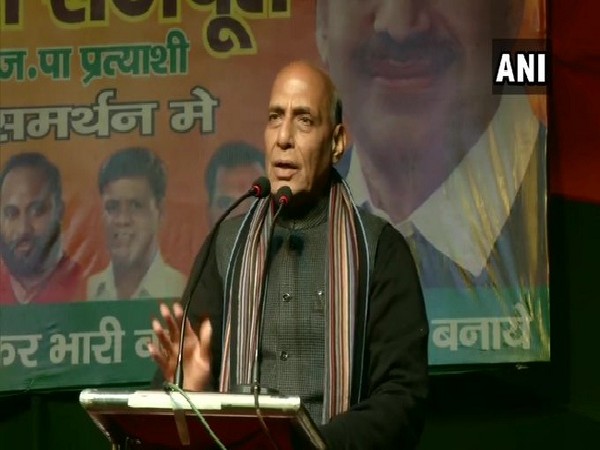 and accused AAP of not implementing any of the policies of Prime Minister Narendra Modi government in the national capital.
Speaking at an election rally in Dwarka, Singh said, "Anna Hazare repeatedly told them (AAP) to not form a political party. He said they're fighting against corruption and he had promised people of India that those fighting beside him won't join active politics for some time. But despite that, they formed one."
"They formed government too as they had joined the political arena through Anna Hazare. But AAP didn't implement any of the policies of Modi government in Delhi, even when other state governments did that," the Defence Minister added.
Voting for Delhi assembly is scheduled to take place on February 8 whereas the results will be announced on February 11. (ANI)