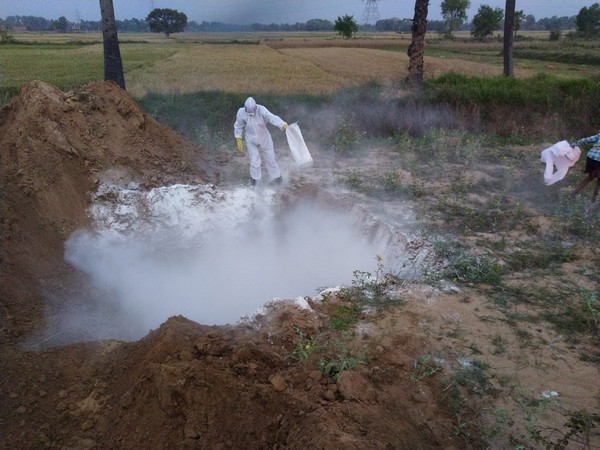 Patna (Bihar) [India], Mar 28 (ANI): As Bihar battles with COVID-19 crisis, the cases of bird flu and swine flu have also been reported from the state.

Chief Minister Nitish Kumar on Friday held a meeting with the officials of the Animals and Fisheries Resources Department of the state over the issue on Friday.
Deaths of hundreds of crows and other birds have been reported from Patna, Nalanda and Nawada district, which were confirmed for bird flu. The cases of swine flu have also been reported from Bhagalpur and Rohtas and action is being taken in this regard, informed the secretary of the department.
The Chief Minister asked the officials to keep watch on places from where unnatural death of birds was reported and to take all the required steps to check the spread of bird flu.
One Acute Encephalitis Syndrome (AES) case was also reported in a three and a half-year-old boy at Sri Krishna Medical College & Hospital (SKMCH) on Friday while the total number of coronavirus positive cases in Bihar stands at nine.
The total number of active COVID-19 cases in the country has climbed to 873, including 78 cured, discharged and migrated cases and 19 deaths, Ministry of Health and Family Welfare said on Saturday. (ANI)