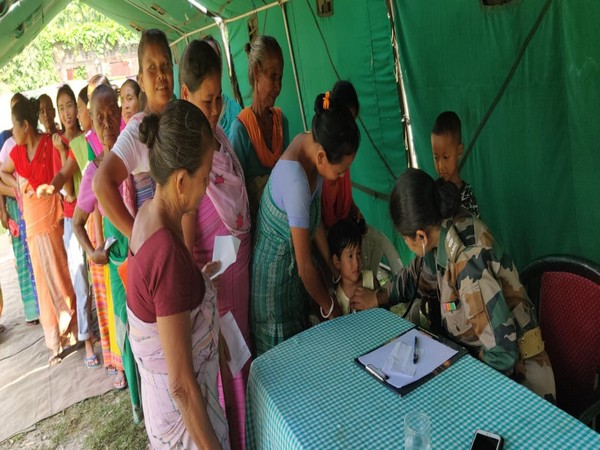 According to an official release, the Army doctors tended to residents of Ai Poli village of the district in collaboration with Health Department of Assam Government.
"A large number of people benefited from the medical camp which included facilities for consultation, check-up and free medicines," the press release read.
The team consisted of five army Doctors including a lady Doctor, 14 nursing staff and a TB Detection team of JSB Civil Hospital, Kajalgaon. (ANI)