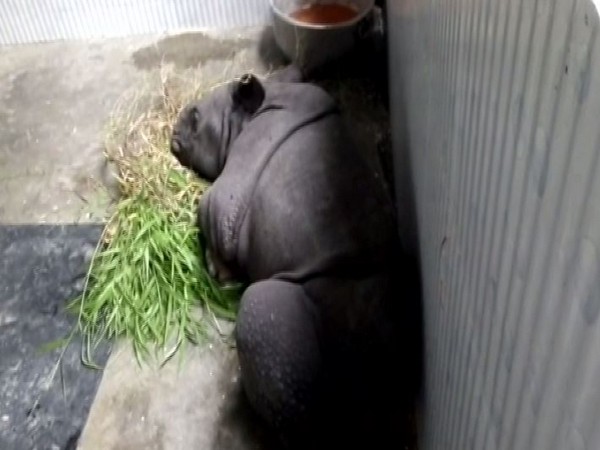 Kaziranga (Assam) [India], July 18 (ANI): Over 50 animals, including five rhinos, have died in Kaziranga National Park as floods continue to wreak havoc in Assam.
According to a report of the divisional forest department on Wednesday, an elephant, several wild boars, hog deer and sambars, besides the rhinos, have been found dead in the park.

A total of 57 animals were rescued out of which four died on arrival at the Centre for Wildlife Rehabilitation and Conservation (CWRC).
Pranjit Basumotary of the CWRC said, "We have been receiving rescued animals since July 13. We have treated and released over 85 per cent of the animals back to the park."
He said, "The rescued animals were in a distressed and weak condition. We are moving across the forest area and looking for animals in need of rescue. We are coordinating with the locals. The forest department is working with us."
Due to the floods, 70 per cent of the park was submerged as on July 14. (ANI)