At least 11 people killed, 7 injured in road mishap in Maharashtra 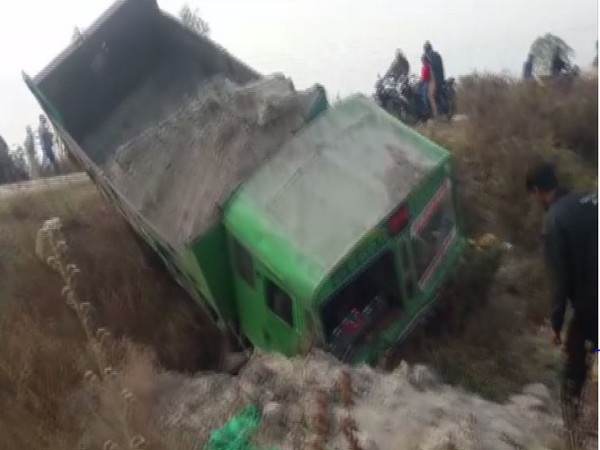 Jalgaon (Maharashtra) [India], Feb 3 (ANI): At least 11 persons were killed and seven others sustained injuries after a dumper truck loaded with ashes and sports utility vehicle (SUV) collided with each other near Hingona in Maharashtra on Monday.

The people in the SUV were returning to their village after attending a wedding function when the accident happened.
Speaking to ANI, Yogesh Patil, a relative of the deceased said, "It was my maternal cousin's wedding reception on February 2. They were returning after that. The incident happened near Sangve village where an unknown dumper hit them."
"My mother and two nephews have also sustained injuries and they have been admitted to two different hospitals. All the people in that vehicle are my relatives," he added.
Further details are awaited. (ANI)