At least 16 injured in BEST bus accident in Mumbai 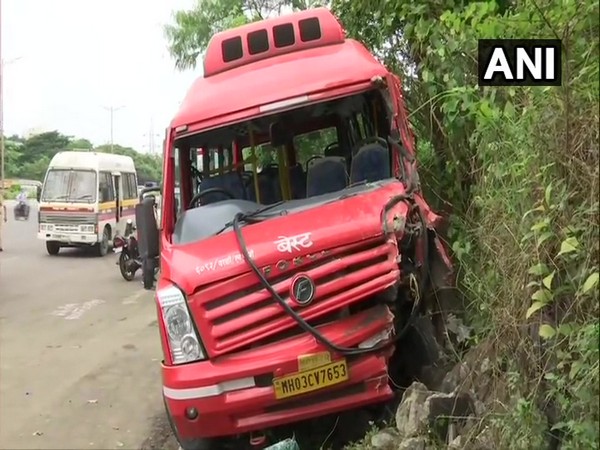 Mumbai (Maharashtra) [India], October 17 (ANI): As many as 16 people were injured after a Brihanmumbai Electric Supply and Transport (BEST) bus met with an accident at Eastern Express Highway near Vikhroli on Friday.

As per the official statement issued by BEST PRO (Public Relations Officer), bus number 27, which was headed to Worli in Mumbai from Sonapur in Bhandup bumped into a divider near Godrej Colony in Vikhroli while trying to save a speeding motorcyclist.
"Out of 16 injured, seven people have been admitted to Rajawadi Hospital, eight people in Ambedkar Hospital and one at Sion Hospital," BEST said. (ANI)