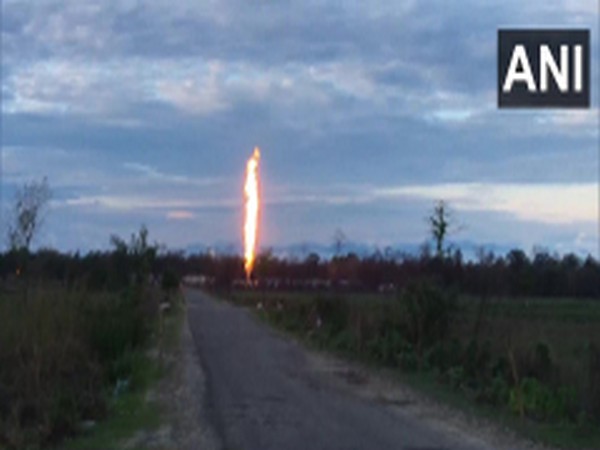 Tinsukia (Assam) [India], August 1 (ANI): The final attempt to plug the blowout at an Oil India Limited's (OIL) natural gas well at Baghjan in Tinsukia district, which has been on fire since June 9 , did not succeed when a wagon used in the process "toppled over".

"All operational crew reached site early in the morning today (Friday) for carrying out the planned capping operation. BOP stack was hooked up with the Athey Wagon for placing on the wellhead. While the final capping operation was being attempted, the Athey Wagon toppled over at the last moment and the attempt did not succeed. Reasons for the same are being ascertained for the next course of action," said a statement issued by OIL .
"Water deluge system: All six numbers of High Discharge CMT Water Pumps are operational at the site for spraying water to the wellhead during the operation. Total 8 number of water pumps are available for filling both water reservoirs periodically,"
On July 23, Oil India Ltd has issued a statement on blowout in their gas well at Tinsukia's Baghjan stating that the survey for assessment of damage for compensation in both Tinsukia and Doomdooma Circle is in progress while the crew members of OIL, ONGC, Alert, Schlumberger and other Contractors are at the site and the final preparation for placing Capping Stack is underway.
On May 27 this year, a blowout occurred after the well suddenly became active while OIL was carrying out workover operations in the gas-producing well Baghjan-5 under Baghjan Oilfield. The well caught fire on June 9. (ANI)