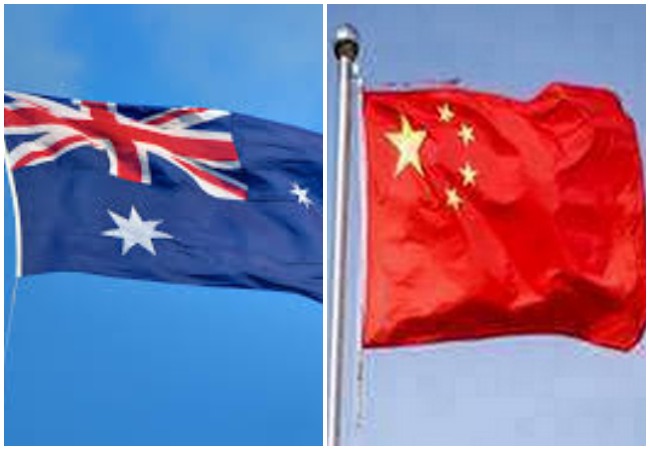 Canberra [Australia], June 30 (ANI): A Chinese court's ruling of sentencing an Australian citizen to death in connection with alleged drug trafficking charges on June 13 has exposed the deep-rooted flaws in China's party-dominated judicial system, which runs contrary to the rule of law.

Chinese state media reported that Karm Gilespie, a Sydney-based actor turned investment consultant, in his mid-fifties, was arrested on New Year's Eve in 2013 at Baiyun Airport in Guangzhou, Southern China on charges of trying to board an international flight with more than 7.5 kilograms of methamphetamine (also known as meth or crystal meth), a recreational drug in his checked-in luggage. It was the first time since his arrest the world learned after being held secretly in jail for seven years.
The development raised worries and further damaged the increasingly troubled diplomatic and trade relations between Australia and China, its largest trade partner.
Australia described the death sentence imposed by China to its citizen as "very frustrating" and "deeply disheartening".
Australia's Department of Foreign Affairs and Trade said, "Australia opposes the death penalty, in all circumstances for all people". It further said, "We support the universal abolition of the death penalty and are committed to pursuing this goal through all the avenues available to us."
Relations between the two countries have been severely strained ever since Australia called for an investigation into Beijing's mishandling of the Chinese coronavirus outbreak in Wuhan. China reacted furiously to Australia's call for a probe into the origins of the virus which caused the pandemic.
China subsequently imposed heavy tariffs on Australian goods and issued a travel advisory warning Chinese tourists and students about visiting the country because of racism Down Under.
The Australian media was quick to describe that the sentencing - "has to be seen as Beijing continuing its fierce and increasingly vicious punishments of Australia." Prime Minister Scott Morrison said, "I and the government are very concerned that an Australian citizen has been sentenced to death in China."
He further revealed that Australian authorities were aware of the arrest and had been in touch with their Chinese counterparts on multiple occasions over his case.
A rigged legal system weaponised for party's foreign political gains
The Chinese legal system is notoriously opaque and information on executions is considered a state secret. It is near impossible to know the processes which led to Gilespie being found guilty and sentenced to death.
Last year, China sentenced two Canadian nationals to death on drug trafficking charges during an escalating diplomatic row with Canada over the arrest of top Huawei executive Meng Wanzhou. Canadian attempts to plead for clemency for Robert Schellenberg and Fan Wei have been unsuccessful.
China said it was "not worried in slightest" by mounting international concern over the verdict.
Amnesty International's latest report says China is responsible for the largest number of executions (in the thousands every year) globally. Majority of executions are related to murder and drug offences.
China's criminal justice system, which routinely has a 99.9 per cent conviction rate, remains widely criticised as non-transparent and lacking independence from the Chinese Communist Party government.
International research estimates China carried out as much as 90 per cent of the world's executions, but media does not report.
There are also fears of imminent execution for political dissidents who have been disappeared and the secretive use of the death penalty in crackdown campaigns in places like Xinjiang.
"Such campaigns have typically been associated with the increased use of the death penalty and scholars have criticised the proceedings use as part of these crackdowns for their lack of fair trial guarantees and the likelihood of 'wrongful executions'," said Amnesty in its report.
Explosive revelation
The Amnesty report discloses most explosive revelation that "the death penalty in drug-related cases also appeared to play a central role in the middle of political stand-offs with some foreign countries."
A Chinese researcher for Human Rights Watch, Yaqui Wang, said the death penalty had "long been a political tool of the Chinese Communist Party's to showcase its power over the population and its readiness to eliminate those it deems 'criminal'."
The rights activist said that Gilespie's case and that of Canadian Rober Schellenberg raised serious concerns over whether the death penalty was being "weaponised for the party's foreign political gains".
Such cases were not political, to begin with, but that all cases in China become political once charges are laid because they have consciously and deliberately been made to become part of the diplomatic tug-of-war between China and the country concerned.
There is a consensus among the legal profession and intellectual class in China that the country's legal system has been regressing since Xi Jinping came into power. (ANI)