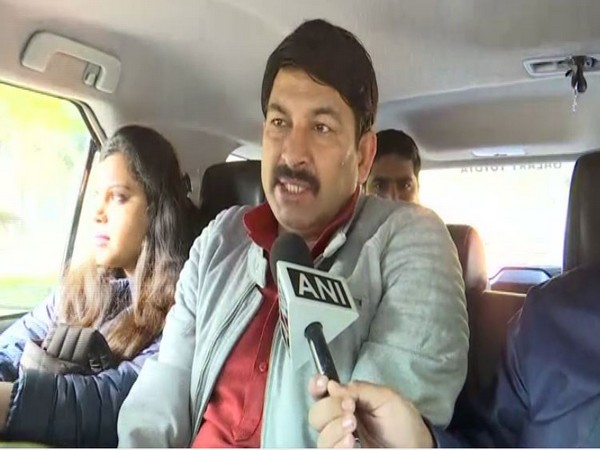 New Delhi [India], Feb 3 (ANI): Delhi BJP chief Manoj Tiwari on Monday spoke over the Shaheen Bagh sit-in and asserted that the option of baton-charge to remove the protestors has been ruled out due to presence of women and children at the site of agitation.

"In Shaheen Bagh, there have been talks of shooting Prime Minister Modi and Amit Shah. Did the government do anything? No. We are not taking the decision of lathi-charge as there are women and children sitting on a dharna in Shaheen Bagh. We know that those who are protesting there are misguided people," he told reporters here in a press conference while responding to a question.
Shaheen Bagh agitation has been ongoing for over 50 days now, with a large number of women sitting on protest against the Citizenship Amendment Act, National Population Register (NPR) and National Register of Citizens.
Commenting on AIMIM chief Asaduddin Owaisi's remark that those who talk against Modi in the country are traitors, Tiwari said: "Our government is very tolerant. No one else has suffered as much as the Prime Minister has endured in this county".
Shaheen Bagh protests have also become a matter of heated political debate with BJP accusing AAP and Congress of sponsoring the protestors. Meanwhile, AAP has slammed the Centre for not holding a conversation with the protestors. (ANI)