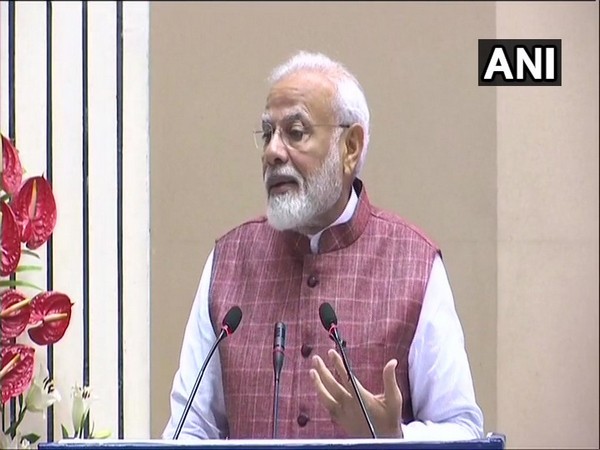 "Ayushman Bharat is one of the revolutionary steps in new India. Not just because it is playing an important role in saving lives, but because it is a demonstration of dedication and capability of 130 crore people of India," said Modi while addressing a function here.
"PM-JAY has become a victory for the poor people. When the children of poor people are healthy, when the only working member of the family is healthy and goes out to work again, then one understands the meaning of Ayushman," he added.
The Prime Minister highlighted that around 50,000 people undertook medical treatment outside their state in the last one year.
"Poor people of the country..to bring 46 lakh families out of despair of disease and give them the hope of a healthy life is a big achievement," he added.
Highlighting the success of the healthcare scheme launched last year, the Prime Minister said even if one person did not have to sell his land, property or jewellery for medical treatment, then that is a huge success of Ayushman Bharat.
Recalling that Goddess Durga's Chandraghnata form is worshipped today who is known for eradicating pains of people, the Prime Minister said: "What can be a better occasion to discuss the first year of Ayushman Bharat which eradicated the pain of crores of Indians."
He also recalled about getting a chance to speak about India during a programme organised on healthcare in the UN and said the world is surprised at how the work is being done in a holistic manner and at such a scale in the country in this regard.
The Prime Minister noted that around 10,000 of 18,000 hospitals under PM-JAY are in the private sector. "As per an estimate, around 11 lakh employment opportunities will be created due to demand generated by Ayushman Bharat in the next 5-7 years," he said. (ANI)