Badal's praise for union budget a case of sycophancy: Amarinder 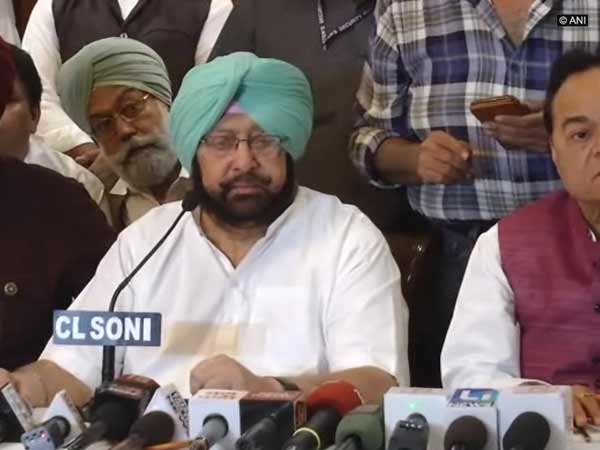 "It a case of brazen sycophancy with nothing to substantiate the tall claims of the Akali chief," Captain said.
"The Shiromani Akali Dal (SAD) president was apparently so blinded by his sycophant love for the ruling party that he could see nothing wrong in their actions," he added.
Captain said despite having three ministers in the Union Cabinet from the state, the BJP-Akali combine have failed to secure a debt relief scheme for the farmers, who continue to reel under massive debt burdens, not just in Punjab but across the country.
Questioning Sukhbir's reaction hailing the Rs 15 lakh crore budgetary allocation for the agriculture sector, Captain Amarinder asked: "How the Akali leader thought the mere 10 per cent increase over last year for agriculture and allied sectors to be sufficient to tackle the grave crisis faced by the debt-ridden farmers."
"Without farmer uplift, there was no possibility of rural consumption going up, which would naturally scuttle economic growth even further," he further said.
"How else can one explain Sukhbir's complete failure to accept that his own state's farmers are crying for help, which only the central government can provide?" he asked.
Captain Amarinder said, "A holistic national policy, encompassing debt waiver, MSP for all crops and diversification etc is the only long-term solution to the problem."
He pointed out that despite the fact that buffer stocks of food grains are already putting the states and farmers under extreme stress, nothing has been proposed in the budget to encourage crop diversification.
"There was nothing in the budget to ensure the procurement of alternative MSP crops, which was critical to promoting diversification and breaking the vicious wheat-paddy cycle that alone could alleviate the farmers' woes and boost their income," he said.
He said, as for the changes in Agricultural Produce Market Committee (APMC) and Contracts Act, Punjab had already implemented the same, with all farmers in the state having Kisan Credit Cards, observed the Chief Minister, noting that the SAD chief seemed to be completely clueless about any of these developments in his own state. So busy was he prostrating himself before his political masters that he was simply not concerned about what was happening under his very nose, quipped Captain Amarinder.
"As of now, one does not know whether the much-touted budget schemes of Kisan Rail and Krishi Udaan will even connect Punjab, hoping the Akali ministers in the Union Cabinet will at least work to ensure this is done, and Punjab is not again meted out step-motherly treatment by the Centre," Captain said.
Pointing to the exclusion of the water-stressed areas identified by the central government for its water conservation schemes, Captain Amarinder said it is time for Sukhbir and his colleagues to open their eyes to these problems and to stop sacrificing Punjab and its people to their own political interests.
The Chief Minister, said, "Centre has failed to come out with any meaningful schemes for the marginalised and financially weaker sections of the society. From education to health, there has been no significant increase in budgetary allocation, nor are there any far-sighted plans for the betterment of the people." (ANI)