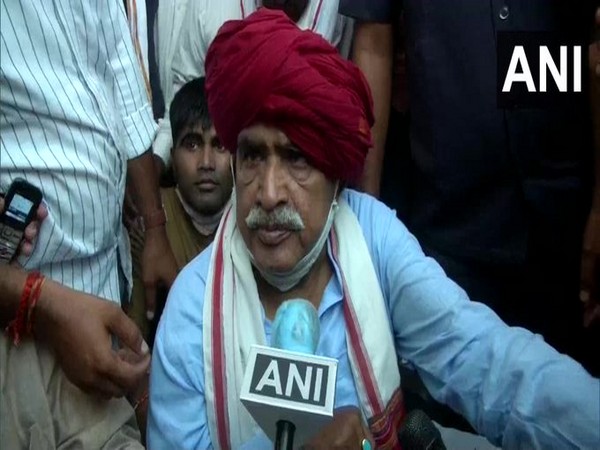 Bharatpur (Rajasthan) [India], October 18 (ANI): Gujjar leader Kirori Singh Bainsla on Saturday gave an ultimatum to the Ashok Gehlot government in Rajasthan to accept their demands, including reservation in jobs and education as a "most backward class" (MBC), or face large-scale agitation beginning November 1.

Bainsla made this announcement at a Gujjar Mahapanchayat in Bharatpur which was called to decide the future course of action if their demands are not met.
Speaking to media, Gujjar leader Kirori Singh Bainsla said, "What we did was 'shakti pradarshan' (show of strength). I am giving a warning to the government. The number of people came on Saturday, it was easy to do 'Andolan' (protest) but looking at the present situation we decided to give more time to the government."
"We will make a decision on November 1. If our demands are not met then our Andolan will continue in the future," he added.
Internet services were suspended in parts of Bharatpur considering the Mahapanchayat called by Gujjar community
According to the High Court's directives issued in 2007, the Mahapanchayat can only be held after an undertaking has been submitted to the District Collector.
Also, as per the National Disaster Management Act and Rajasthan Epidemic Ordinance, 2020, during the COVID-19 crisis a congregation of more than 100 people could not be held in the state.
Rajasthan government on October 26, 2018, passed a bill which increased the Other Backward Classes (OBC) quota from 21 per cent to 26 per cent. In December 2018, the Rajasthan government also approved one per cent reservation for Gujjars and four other backward castes (OBCs).
These communities are getting one per cent separate reservation under the legal limit of 50 per cent reservation meant for the most-backward category in addition to OBC reservation. (ANI)