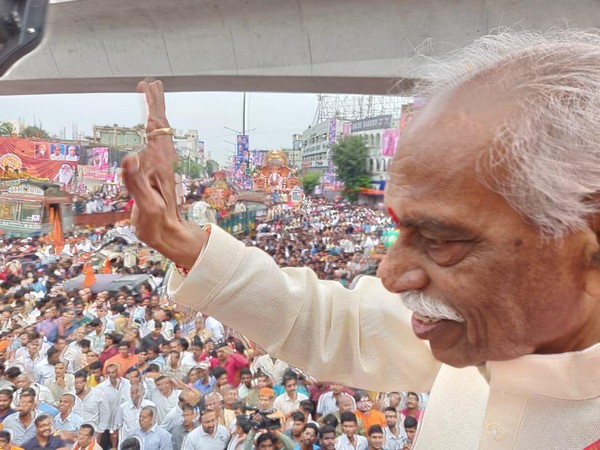 Speaking at the event, Dattatreya said that the blessings of Ganapati Bappa should always be on the people and harmony and affection should be maintained among the people. He said that fair and festivals connect people together and were the reflection of our rich culture and high traditions.
"By organizing these festivals, we could not only preserve the culture, but the future generation also gets an opportunity to know their customs," he said.
Other dignitaries present on the occasion were RSS Chief Mohan Bhagwat, Swami Pragyanand, G Raghav Reddy, International President of Vishwa Hindu Parishad (VHP) and Bhagwant Rao, General Secretary of Bhagyanagar Ganesh Utsav Samiti.
Dattatreya took oath as the 27th Governor of Himachal Pradesh at the Raj Bhawan in Shimla on Wednesday. (ANI)