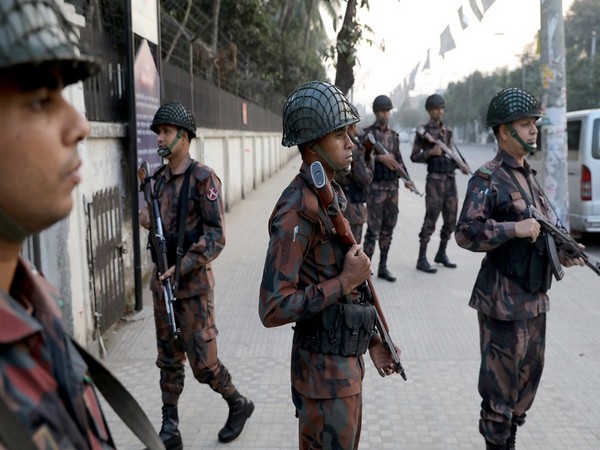 Dhaka [Bangladesh], October 14 (ANI): At least three people were killed and 60 injured including journalists, police and common people, in the communal violence during Durga Puja celebrations in Chandpur's Hajiganj upazila.

The incident occurred on Wednesday when the Hindu devotees were celebrating Durga Puja, the greatest religious festival of the Hindu community in Bangladesh, reported Dhaka Tribune.
Earlier in Cumilla, at least 50 people were injured as a group of religious extremists clashed with law enforcers in Nanua Dighirpar area over reports of "demeaning the Holy Quran" at a Puja Mandap, reported Daily Star.
The religious extremists started rushing to the Mandap area around 9 am after a video went viral on social media. Members of law enforcement agencies arrived within a very short time at the mandap where Hindu devotees were celebrating Durga Puja, said police.
To quell the situation, the deputy commissioner and superintendent of police in the district held a meeting with the local Hindu community and others around 10 am, reported the Daily Star.
By then, several groups under banners of different Muslim religious organisations gathered in Nanua Dighirpar. As the meeting was ongoing, the mob attacked the mandap around 10:30 am, said locals and police, reported Daily Star.
Police and administration sources confirmed three incidents of attack in Banshkhali's Chambal area, Kali Mandir municipality and Karnaphuli upazila.
In Kurigram's Ulipur upazila, several temples were vandalised and one was even set on fire.
Authorities imposed Section 144 in Hajiganj following the violence and deployed eight platoons of Border Guard Bangladesh (BGB) to restore law and order situation.
The administration in Chattogram deployed eight BGB platoons in six upazilas of the district last night, after several temples of the Hindu community were reportedly attacked in Banshkhali and Karnaphuli upazilas, reported Daily Star.
Sources at the local administration said two platoons of BGB troops have been deployed in Hathazari and Banshkhali upazilas each, one each in Patiya, Sitakunda, Fatikchhari and Chandanish upazilas of the district.
Meanwhile, Awami League General Secretary Obaidul Quader has warned that those involved in the Cumilla incident will be brought to justice and no offender will be spared.
"It's an act of an evil communal force, and those who attack Hindu temples won't be spared either, even if they belong to any party," Obaidul Quader said while addressing the Mahastami (8th day) of Durga Puja at KIB premises in the capital on Wednesday evening.
He said a united resistance has to be built against those who want to destroy the communal harmony in the country before the national election, reported Dhaka Tribune. (ANI)