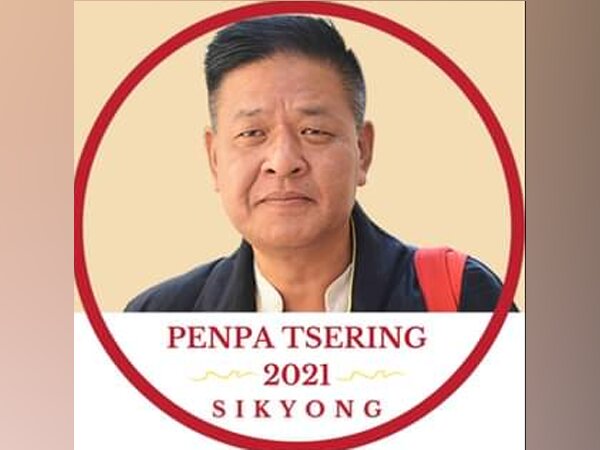 Dharamshala (Himachal Pradesh) [India], May 20 (ANI): Penpa Tsering, the newly-elected president of the Tibetan government-in-exile, said he will work towards resuming the negotiations between his government and China to resolve the Sino-Tibet issue but warned that Chinese leadership would have to learn Buddhism to decide the succession of the Dalai Lama.

The former speaker of the Tibetan Parliament-in-Exile has been elected as the president of the Tibetan government, officially called the Central Tibetan Administration (CTA).
In his victory message, Tsering called for unity in the exile community and promised to work towards resuming the negotiations between the CTA representatives and China.
The Chinese government occupied Tibet in 1950 and has ever since tried to control the region.
The Dalai Lama, who is currently 85-year-old, had earlier announced that upon turning 90 he will decide whether he should be reincarnated.
The Dalai Lama, whom China views as overseer of an "evil clique" that seeks to split Tibet from China, escaped to India in 1959 and the 10th Panchen Lama (Lobsang Trinley Lhundrup Choekyi Gyaltsen) stayed behind in Tibet.
In recent years, China has intensified its efforts to eradicate the Dalai Lama from the religious lives of Tibetans to crush their identity. During a meeting, Mao Zedong had told the 14th Dalai Lama, that "religion is poison."
During his victory speech, Tsering said that he will fulfil the aspirations of the electorate in all matters, including resolving the Sino-Tibet issue.
Commenting on the Chinese claim on the succession of the Dalai Lama, he said that the Chinese leadership will have to learn Buddhism to decide who should succeed the Dalai Lama, adding that they should respect the Dalai Lama's decision and the Tibetan people since it is a purely religious matter.
Tsering successfully secured 34,324 votes for the post of 'Sikyong' (President) of the 17th Parliament-in-Exile of the Central Tibetan Administration in the final round of election that was held on April 11.
On the other hand, Kalsang Dorjee Aukatsang won 28,907 votes in the recently held polls.
Tsering will succeed Lobsang Sangay, who was a vocal critic of Beijing during his 10-year tenure.
The first directly elected President of the Central Tibetan Administration was Lobsang Tenzin. He was elected for the position on August 20, 2001.
The United States has congratulated Penpa Tsering on his election as the next Sikyong/President of Dharamshala-based Central Tibetan Administration (CTA).
"The United States congratulates Penpa Tsering on his election as the Central Tibetan Administration's (CTA) next Sikyong. We look forward to working with him and the CTA to support the global Tibetan diaspora," US State Department spokesperson Ned Price said in a tweet.
It is worth mentioning that Taiwan's Minister of Foreign Affairs Jaushieh Joseph Wu sent a congratulatory letter to Penpa Tsering and underscored "Tibetan people's strive for self determination and promised to work together to safeguard their values of democracy, freedom and human rightts."(ANI)