Bengal wants Mamata to get some rest, BJP to serve: Nadda 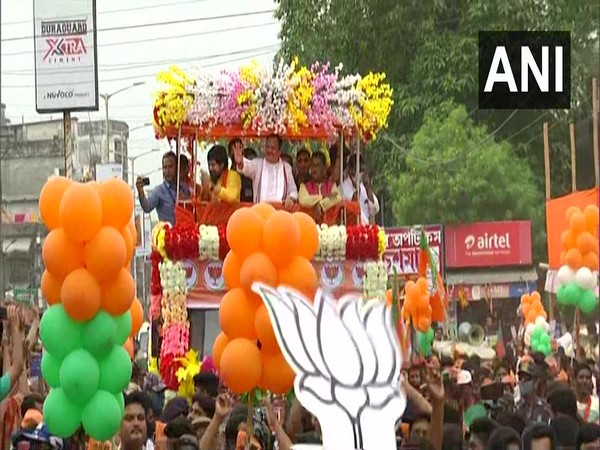 The BJP national president, while holding a roadshow in Dinhata area of poll-bound West Bengal, said, "The gathering at this event indicates that the people are eager to bring BJP into power in the state. They are saying that 'Mamata ji ko aaram do... BJP ko kaam do' (Give Mamata ji some rest and let BJP work)."
Slamming the TMC-led government, Nadda said, "The people in Bengal are now against 'Tolabazzi', and corruption. If people want that the law and order situation in the state to improve, then they should vote for BJP."
He further said, "The relief material sent by the Center after the Cyclone Amphan was found at the residence of TMC leaders. The people should punish TMC for this."
The first three phases of the eight-phased West Bengal polls have already taken place. The fourth phase of the elections will be held on April 10. Counting of the votes will take place on May 2. (ANI)