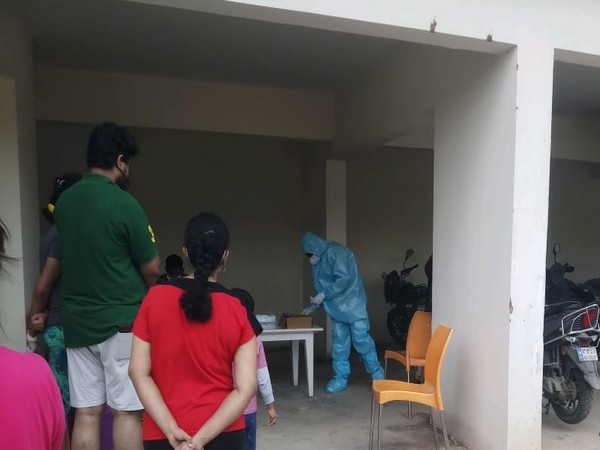 Bengaluru (Karnataka) [India], February 22 (ANI): As many as 10 coronavirus cases were reported between February 15 and 22 from an apartment complex in Bengaluru's Bellandur Ward, signalling a COVID-19 alert in the area.

As per the Bruhat Bengaluru Mahanagara Palike (BBMP) Commissioner, the affected apartment premises, SJR Watermark Apartments in Ambalipura, has nine blocks and a population of about 1,500.
Six of the nine blocks of the apartment complex have been declared as containment zones.
"Mahadevpura Health Officer has deployed nine Mobile teams and taken 500 RT-PCR samples and sent them to a lab for testing. The premises have been sanitised and a health team with four doctors has been deployed," the BBMP Commissioner said.
Based on the results of COVID-19 samples, a report will be filed tomorrow in writing, the Commissioner added.
As per the Ministry of Health and Family Welfare, there are currently 6,055 active COVID-19 cases in the state. A total of 9,29,800 positive cases have been reported in the state so far, including 12,294 deaths. (ANI)