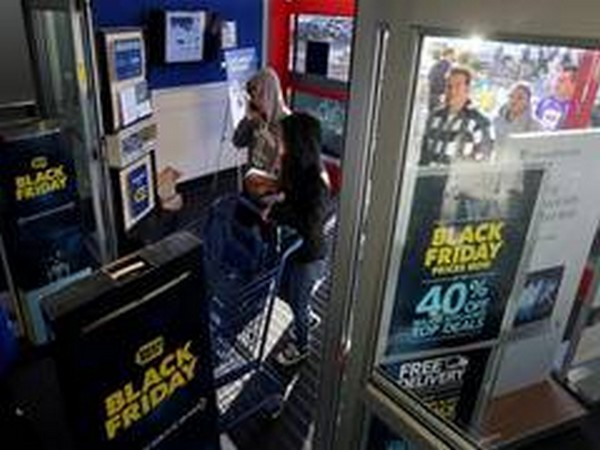 Washington [US], November 27 (ANI): The Christmas shopping season, which informally began on "Black" Friday, can also turn into a mega-heist season by cybercriminals if shoppers are not attentive.

It was only last year when billions of account details were stolen during the holiday shopping season.
Fox News reported that over two billion account details were stolen last year, according to computer security giant McAfee.
People who are not tech-savvy become easy victims; so here are the points one needs to take note of to avoid being scammed.
According to Fox News, Cybersecurity and Infrastructure Security Agency (CISA) issued a fresh notice on Tuesday to warn the consumers about the seriousness of the annual mega-heist of sensitive information.
"Be especially cautious of fraudulent sites spoofing reputable businesses, unsolicited emails purporting to be from charities, and unencrypted financial transactions," said the CISA.
On this major issue, Malwarebytes Lab, which works in the field of cybersecurity, has urged the consumers to be safe by being vigilant and relying on platforms where sensitive information is already stored in the login account, or which provides the option of a one-time payment.
Another cybersecurity firm, Tessian, explained, "It's easier for the cybercriminals to hide their malicious messages and prey on individuals who are not security savvy when deals on the online shopping sites flood with marketing, advertising, and notification emails offering shipping updates."
Last year, most of the shoppers were scammed when they received an email that looked like a major retailer urging them to visit their site for a great deal. As many as 74 per cent of those who responded to the same lost more than $100, and 30% lost more than $500, according to Fox News.
MyChargeBack, a company that resolves transaction disputes, said that red flags for these fake retail sites include bad spelling and grammar, no contact information, no physical address or phone number. Hence, it is advised to look up for user reviews of a company, says Michael B Cohen, MyChargeBack vice-president, global operations.
According to Comparitech, criminals may also set up original websites. In a statement, the firm said, "Phishing sites often imitate well-known sites such as the login page for PayPal, but during the holiday shopping season cybercriminals set up original scam websites with tempting deals and rewards".
"Over 5,000 new sites registered between Nov. 1 and Nov. 20 using the keyword 'Black Friday' are probably a scam and are phishing sites," Comparitech added. (ANI)