Bhopal: Cases filed against Digvijaya Singh, 29 others for 'unlawful assembly' 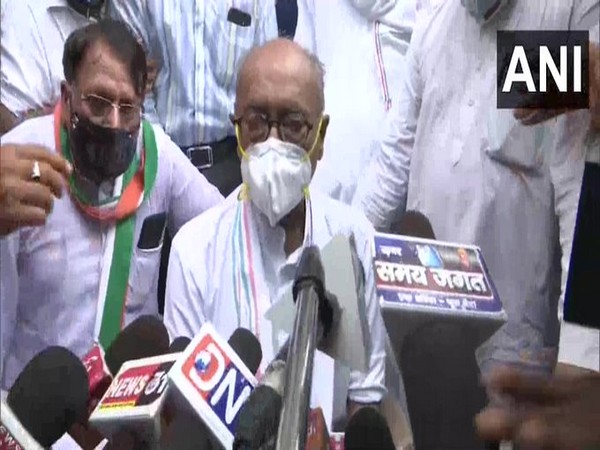 According to Assistant Superintend of Police (ASP) Ankit Jaiswal, cases were registered under sections 188 and 145 of the Indian Penal Code.
"Cases have been registered against 30 people, including Congress leaders Digvijaya Singh and PC Sharma, under IPC section 188 (Disobedience to order duly promulgated by public servant) and 145 (Joining or continuing in unlawful assembly, knowing it has been commanded to disperse)," ASP Jaiswal said.
Earlier in the day, addressing a protest in Bhopal, Digvijaya Singh had alleged that price of fuel could be reduced by at least Rs 25.
"At least Rs 25 can be reduced in fuel prices by cutting excise duty. Where are those who once used to criticise the UPA government over fuel price hikes? With rising fuel prices, consumer goods are also getting expensive," Singh said.
The Congress held a nationwide protest on Friday in view of the rising prices of petrol and diesel. Party leaders along with workers demonstrated across the country holding placards and raising slogans against the central government.
Speaking to ANI, Congress general secretary KC Venugopal said, "Modi government should stop looting the common people of the country. In the last five months, they have increased the fuel prices 44 times. On one side people are suffering from the COVID pandemic and on the other, the government is increasing fuel prices. We are asking the government to give at least Rs 6,000 to poor people."
Over the last few weeks, petrol prices have soared past the Rs 100 mark in several parts of the country.
In Amritsar, Congress workers demonstrated by carrying a scrapped car on a bullock cart. Tamil Nadu Congress president KS Alagiri along with party workers held a protest in Kilpauk, Chennai. (ANI)