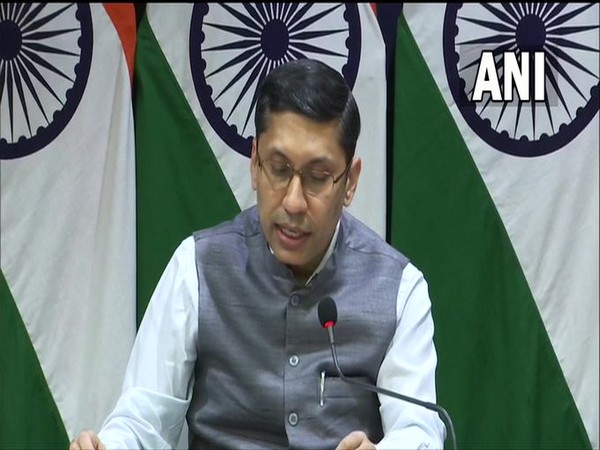 New Delhi [India], October 14 (ANI): India on Thursday said it had noted the signing of the memorandum of Understanding (MoU) between Bhutan and China on the three-step roadmap for expediting boundary negotiations.

"We have noted the signing of the memorandum of understanding between Bhutan and China today. We are aware that they have been holding boundary negotiations since 1984, Similarly, India has been holding boundary negotiations with China," MEA Spokesperson Arindam Bagchi said on Thursday during a weekly media briefing.
Bhutan and China on Thursday signed the MoU on a three-step roadmap for expediting boundary negotiations.
The memorandum was signed during a virtual event by Bhutan Foreign minister Lyonpo Tandi Dorji and the Assistant Minister of Foreign Affairs of China Wu Jianghao.
The MoU on the three-step roadmap will give the boundary talks a fresh momentum, the Bhutan government has said.
Bhutan shares over 400-km-long border with China and the two countries have held several rounds of boundary talks. (ANI)