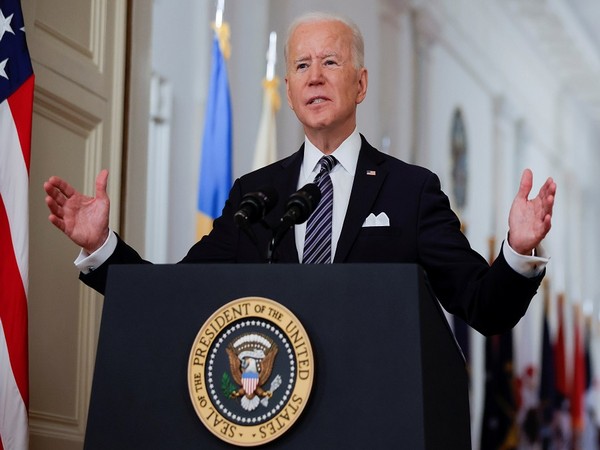 Kabul [Afghanistan], October 14 (ANI): US President Joe Biden on Thursday exempted the former Taliban (1996-2001) regime, civil servants, from the terror-related bans and said that they will be allowed to travel to the US.

It further added that those civil-servants did humanitarian actions and continued to do so with the International Security Assistance Forces (ISAF) and with the new Afghan government established in 2001, reported Khaama Press.
The memorandum for the administration was obtained by Fox News. It said that the civil servants were employed under duress or other situation of hardships and added that they mitigated repressive actions by the Taliban in the late 90s.
Meanwhile, the memorandum also stated that the individuals will not be exempted from screening their background before the Taliban's first regime-1996 until 2001- nor will they be exempted from the current screening and vetting required for those who enter the US, reported Khaama Press.
The US made the decision as the country is still struggling to evacuate thousands of US-allied Afghans who worked for them during the past two decades.
In the meantime, a number of high-ranking officials-ministers- of the Taliban de-facto cabinet are still on the US's blacklist and have bounties on them, reported Khaama Press. (ANI)