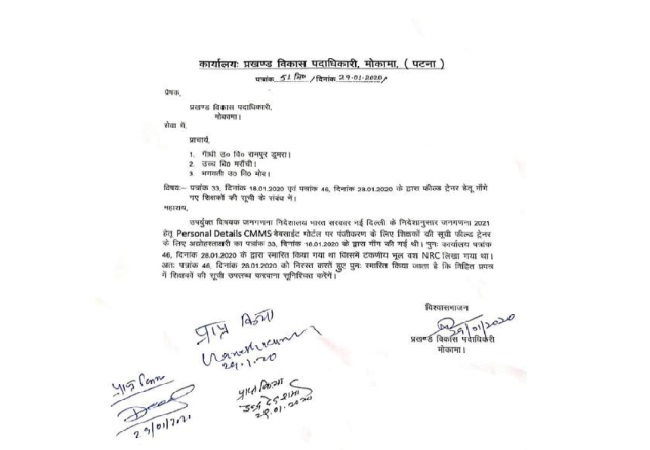 Patna (Bihar) [India], Jan 31 (ANI): A Block Development Officer (BDO) in Mokama has issued a clarification over a letter issued by him on January 28 that sought personal details of teachers, while "mistakenly" mentioning 'NRC' instead of training and census exercise.

The letter was issued on January 28 and said personal details of the teachers were required for "NRC". It was promptly withdrawn.
The office on January 29 issued another letter with a correction.
The BDO clarified over the 'NRC' mention and stated "the letter issued on January 28 to the principals of schools was regarding training and census exercise and "NRC" was a "printing mistake."
The January 29 note read, "principals of schools who had failed to send names of two teachers by January 23, should provide details for training for the census exercise".
Bihar Chief Minister Nitish Kumar had announced that National Register for Citizens (NRC) will not be implemented in the state. The party has supported Citizenship Amendment Act. (ANI)