BJP has turned people's dream of heaven into hell, says Siddaramaiah ahead of Parliament's Budget session 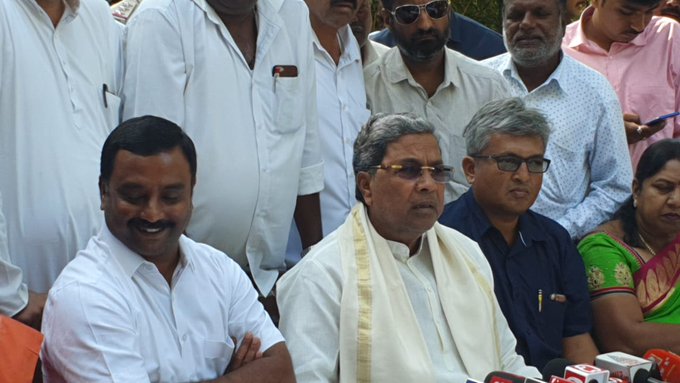 Bengaluru (Karnataka) [India], Jan 31 (ANI): Targetting the Centre for not fulfilling its promises made to citizens of the country, Congress leader Siddarmaiah on Friday claimed the BJP has turned "people's dream of heaven into hell".

"BJP has shattered the dreams of a billion people. Their dream of heaven has now turned into hell. Youth are unemployed, prices of commodities have skyrocketed, GDP growth is going down, exports have fallen and overall development is suffering," said Siddarmaiah in a press conference here.
He alleged that "Prime Minister Narendra Modi is responsible for the said scenario".
Ahead of Parliament's Budget session, the Congress leader took a jibe at the Modi government stating that if the government had fulfilled all its promises made by it over the last six years then India would have become a "utopian society".
"The last Budget (2019) was about Rs 27 lakh crore. We will get a clear picture of the actual release and spending tomorrow. The BJP and PM Narendra Modi have been ruling the country for the last six yrs. If they had fulfilled all their promises, we would have seen a utopian society," he said.
The Union Budget 2020 will be presented on Saturday. The first phase of the session will conclude on February 11, while the second part of the session will begin from March 2 and end on April 3. (ANI)