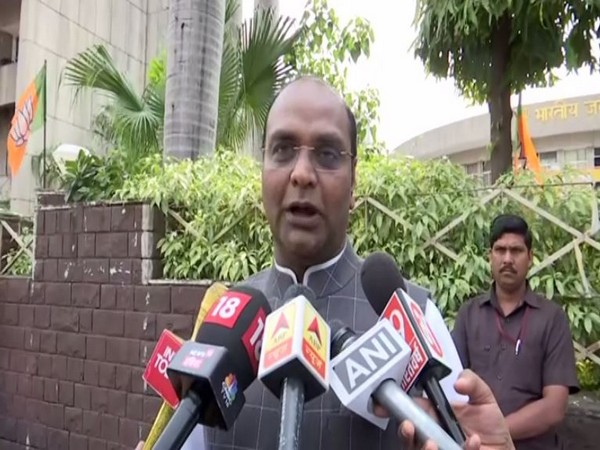 Bhopal (Madhya Pradesh) [India], Oct 12 (ANI): BJP MLA Vishvas Sarang on Saturday hit back at Kamal Nath led government in Madhya Pradesh for accusing the previous Shivraj Singh Chouhan of a sapling scam and called it a "face-saving" exercise by the Congress party.
Speaking to media in Bhopal, he said, "Congress has done nothing for the people in the past nine months. They are accusing the BJP of a sapling scam. They are just saving their faces and hiding their failures from the public."

The statement from Sarang came just a day after the Madhya Pradesh Congress government handed over to the Economic Offense Wing a probe into inconsistencies of approximately Rs 450 crore vis-a-vis six crore saplings being planted on a single day on the banks of Narmada under Chouhan's regime in 2017.
The Congress government on Friday held a press conference in Bhopal and alleged BJP government of misappropriation of funds in the massive planting drive.
"I myself have examined pits for planting saplings in Betul. Only 9,000 pits were dug instead of 15,000. Such plantation was only carried out on paper by the Shivraj Singh Chouhan government on July 2, 2017. Also, it is very impractical to plant so many trees within a day," said MP Cabinet Minister of Forest Umang Singhar.
When asked if the investigation into the matter will also be carried out in other states, Singhar said that his government has no such intentions.
"The investigation will only be confined to Madhya Pradesh. We do not have any intention to handover this case to any other agency," he said. (ANI)