BJP MP asks Mamata to stop violence in WB, warns TMC leaders will be treated similarly when they visit UP, Bihar 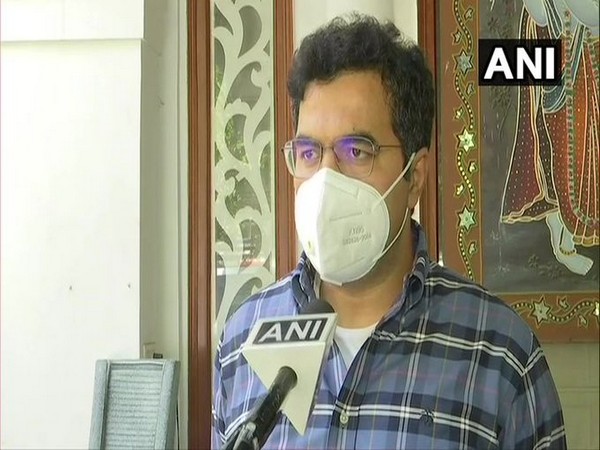 Asking how would TMC leaders feel if they are treated the same way when they go to Uttar Pradesh or Bihar, he further warned the party MPs and MLAs to stay in their limits.
Speaking to ANI here today, Singh said, "I want to tell Mamata Banerjee to stop this violence in West Bengal. How would TMC leaders feel if they are treated similarly when they go to UP, Bihar? I want to tell TMC MLAs and MPs to stay within their limits."
Reacting to the alleged attack that took place the very next day the TMC emerged victorious in the West Bengal Assembly elections, the West Delhi Lok Sabha MP said that victory and defeat are a part of an election but murders are not
Stating that 'TMC goons' were killing BJP workers, breaking their vehicles and setting their houses on fire, the BJP leader had earlier too issued a warning to Mamata Banerjee and her party leaders in a tweet on Monday.
"TMC goons killed our workers as soon as they won the elections, broke the vehicles of BJP workers, are setting their houses on fire. Remember, MPs, Chief Minister, MLAs of TMC also have to come to Delhi, consider this as a warning. Victory and defeat are a part of an election, not murder. @MamataOfficial," Singh had tweeted yesterday.
The Akhil Bharatiya Vidyarthi Parishad (ABVP) had on Monday alleged that 15-20 party goons of Chief Minister Mamata Banerjee attacked ABVP West Bengal's Kolkata office and engaged in an altercation with the activists, assaulted them and vandalised the organisation's state office.
They had further alleged that TMC party goons deliberately vandalised the idols of Hindu deities and freedom fighters.
"Mamata Banerjee's defeat in Nandigram had made the TMC cadres very resentful of those responsible for her loss and that such 'traitors' would not be allowed to live in Bengal for long," ABVP said.
BJP president JP Nadda will be on a two-day visit to West Bengal starting today to hold a protest against the alleged atrocities on party workers in the state by the ruling TMC government.
He will meet the BJP workers and their families affected by the violence and will hold protests.
BJP has also announced to hold a nationwide dharna on May 5 while following all COVID-19 protocols across all organisational mandals of the party.
Mamata Banerjee-led Trinamool Congress won 213 seats in the just concluded West Bengal assembly elections. The BJP garnered 77 seats in the 294-seat state assembly.
Mamata will be taking oath as the state Chief Minister for the third consecutive term on Wednesday. (ANI)