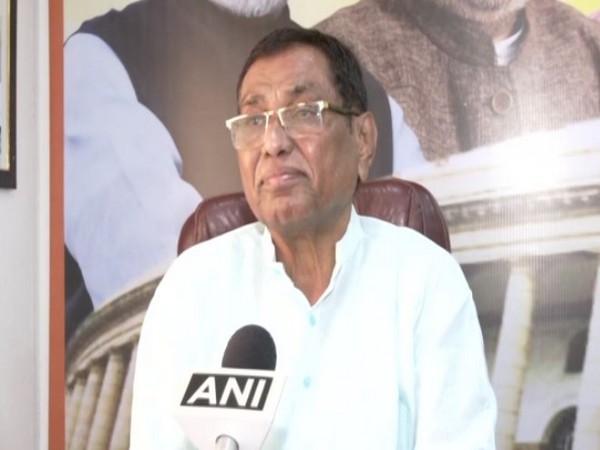 New Delhi [India], October 13 (ANI): Bharatiya Janata Party Lok Sabha MP Kirit Solanki on Wednesday slammed Rajasthan's Congress unit over their stand on the alleged murder of a Dalit man in the state and called it 'a heinous murder'.

Speaking to ANI, Solanki said, "This is a heinous murder. The way Dalits are subjected to atrocities, I think it is a 'mindset'. I think it is more prominent in a few states. As far as Rajasthan is concerned, I myself saw this video. The way a Dalit youth had been beaten up to death was unwarranted. Incidents like this happen time and again in Rajasthan. I believe that there should be zero tolerance in the matter of atrocities on Dalits."
"This happens in all the states, but, in Rajasthan such incidents happen time and again. I think it is the government's failure. If the government does not adopt zero-tolerance policy, then the courage of such miscreants increases. Politics should not be brought into this. Prime Minister Narendra Modi's government strengthened the Prevention of Atrocities Act in 2015. Nevertheless, if such incidents happen, then this law should be strictly implemented", said the BJP leader who is currently also the Chairman of the parliamentary committee on SC/ST Welfare.
The BJP MP questioned Congress that if the Lakhimpur Kheri incident is a sensitive matter, then why is the Rajasthan incident is not sensitive enough.
Meanwhile, Rajasthan Chief Minister Ashok Gehlot on Tuesday said that persons drawing comparisons between the Lakhimpur Kheri incident and the death of a Dalit man in Hanumangarh in Rajasthan are "foolish".
"The comparisons between both incidents are absolutely absurd. BJP leaders are extremely foolish to suggest that Priyanka Gandhi and Rahul Gandhi should go to Rajasthan to take notice of the Dalit man's death in Hanumangarh. There is a Congress government here. We condemn the incident, we have apprehended a culprit and formed a team for this case. Rather Prime Minister Narendra Modi, Home Minister Amit Shah, JP Nadda should make a visit to Rajasthan," Gehlot said.
Earlier on October 7, a man was thrashed to death at Rohi Prempura village of Hanumangarh district in the state. The deceased has been identified as Jagdish Meghwal.
On October 10, four people have been arrested and a minor detained in connection with the case. Further probe is underway, police officials said. (ANI)