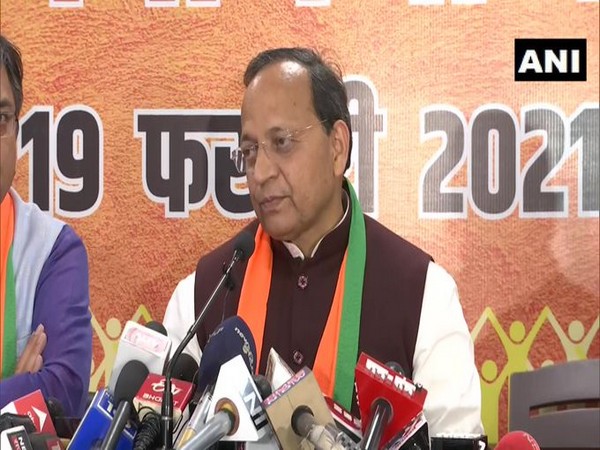 "BJP President JP Nadda ji will visit Jaipur on March 2 and will address the party workers here," said Singh.
Singh further took a dig at the Congress Party-led government in Rajasthan and said that Rajasthan Chief Minister Ashok Gehlot has failed in the state.
"Gehlot government has failed in THAT State. We will hold a protest under the leadership of State party president at Mandal and tehsil level from March 6-14 against the Rajasthan government," he said while addressing a press conference at the BJP office in Jaipur.
Ahead of the crucial Assembly polls in Kerala, West Bengal, Assam, Tamil Nadu and Puducherry, JP Nadda on Tuesday had tasked its top leadership to strengthen the organisation across the country, a step which aims to prepare the party for future polls. (ANI)