BJP questions genuineness of farmers' agitation, says Cong behind it 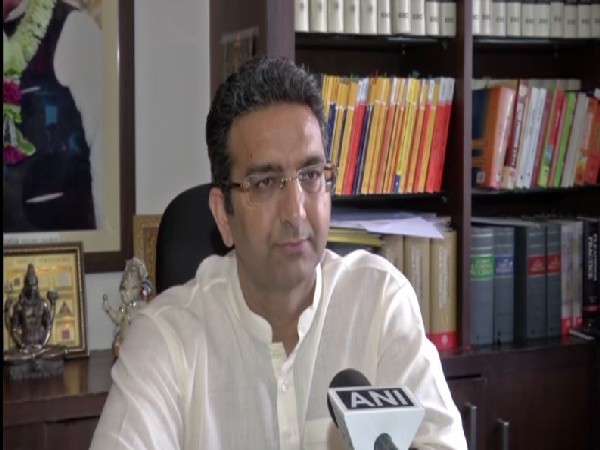 By Siddharth Sharma
New Delhi [India], September 14 (ANI): Questioning the genuineness of the farmers' agitation, Bharatiya Janata Party (BJP) national spokesperson Gaurav Bhatia on Tuesday said Congress orchestrated the protest because the party is weak and does not have strength to protest under its own name.

"Today, a fact has come out. Punjab Congress MLA Raj Kumar Verka said his party is behind the agitation against the Centre's farm laws," said Bhatia.
Questing the validity of the protest, he said, "What kind of agitation is this that the farmers or the protesters are being guided and commanded by the Congress party! Now, coupled with the fact that Captain Amarinder Singh has directed the protesting entities not to protest in Punjab, but to protest in Delhi and Haryana and UP. This itself shows the genuineness of the protest."
He further claimed that farmers' protests are being "orchestrated because today the weak Congress does not have it in themselves to actually even gather the strength to agitate."
The BJP leader said that on one side Prime Minister Narendra Modi is assuring farmers of their wellbeing, and on the other, the Congress party is inciting the community to agitate.
Further attacking Punjab Chief Minister, Bhatia said, "It seems the leadership in the Punjab Congress is not in sync, and Captain Amarinder Singh is suffering from 'Sidhuitis' now."
Bhatia asked the Punjab CM what he has done about the Punjab contract farming act that stipulates that if a farmer in Punjab violates an agreement, they could be sent behind bars. "This is the double standard of Congress," he added. (ANI)