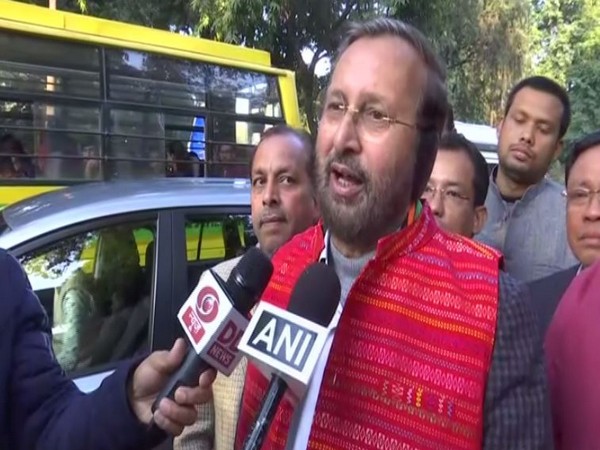 New Delhi [India], Feb 2 (ANI): With the election campaign at its peak in Delhi, all political parties are trying to woo the voters to their respective fold. No party wants to take any risk. As the fight is tough between the Aam Aadmi Party (AAP) and the BJP, people from the northeast, though small in number, have become very important for the political parties in the fray.

BJP's Delhi election in-charge and Union Minister Prakash Javadekar on Sunday addressed a public meeting of Chakma Tribe people from the northeast and appealed them to vote for the BJP.
"BJP considers the people coming from other states to Delhi as their family members. That is why all such people who have come from other states vote for us," said Javadekar.
Chakma people are not in a very large number in Delhi, but in the election time, political parties know the value of each vote. The BJP is focusing not only on big vote bank but is also focusing on fringe social groups from the North-East states living in the national capital.
BJP is making exclusive efforts to reach out to the people of Northeast in the city-state. There are around 10,000 voters from the northeast living in Delhi. In assemblies like Jangpura, RK Puram and Timarpur, they can tilt the scale in anyone's favour. (ANI)