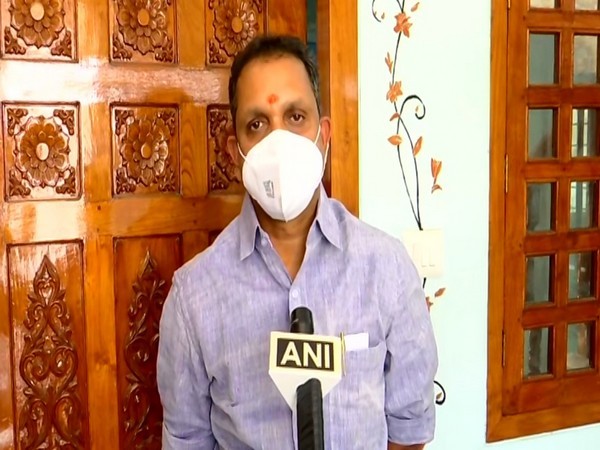 Thrissur (Kerala) [India], November 22 (ANI): BJP state President K Surendran on Sunday said that the decision of the Pinarayi Vijayan government to add 118 (A) amendment in the Kerala Police Act is an attempt to curb the freedom of expression of the people.

Addressing a press conference here, he alleged that there was an "undeclared state of emergency" in the state.
"When the Supreme Court took a stand against such a law in 2015, Chief Minister Pinarayi Vijayan praised it and made it a political campaign. The same Pinarayi is trying to control social media and mainstream media by bringing this draconian act," he said.
BJP Kerala leadership alleged that it is a covert move to thwart even political opposition.
"It is an attempt to stem the rising public sentiment against the state government. The government, which is already abusing the police, is using the police as a tool of repression. Pinarayi was persuaded to bring 118 (A) as protests against the government were annoying the government. The new law is a sham to prevent violence against women," Surendran said.
He also said the government, which does not even use the existing law to prevent violence against women, is adopting a planned policy to deal with opponents during elections.
Under the law, posting, publishing or circulating defamatory content on social media can lead to jail upto five years and fine up to Rs 10,000. (ANI)