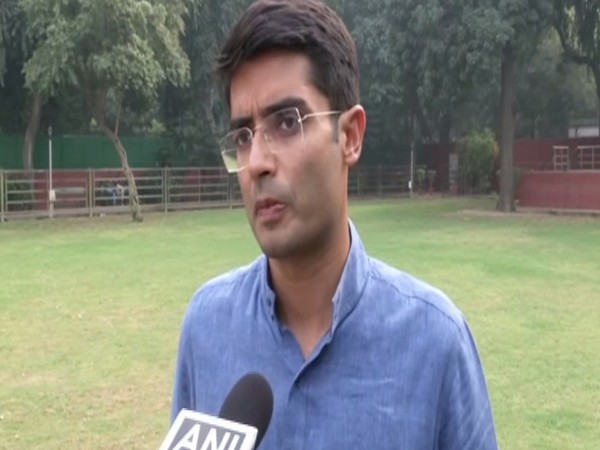 New Delhi: Congress spokesperson Jaiveer Shergill on Thursday slammed the Bharatiya Janata Party (BJP) and Shiv Sena over the delay in the formation of government in Maharashtra saying the parties are disrespecting the mandate of the people.

"BJP and Shiv Sena are hurting the governance, cause of farmers and youth in Maharashtra. They are disrespecting the mandate of the people," Shergill told ANI.
He said that BJP mastery of horse-trading has finally reached the step of Shiv Sena.
"If BJP's own allies are not safe from their art of horse-trading, how can any other parties remain safe? Shiv Sena's allegation of horse-trading on BJP proves that while the trading business in the entire country is reeling in loss, BJP's horse-trading business is in profit," the Congress leader said.
Shergill also slammed Shiv Sena leader Sanjay Raut for claiming that they have the numbers and said: "Whichever party is confident of having the majority should quickly approach the governor and form the government."
He said that NCP chief Sharad Pawar has made it very clear that the mandate of people for them is to sit in the opposition and they will respect it.
The BJP and Shiv Sena won 105 and 56 seats in the 288-member Maharashtra Assembly respectively but are stuck at an impasse as the latter is demanding an equal share of power in the state, including a term of 2.5 years as Chief Minister.