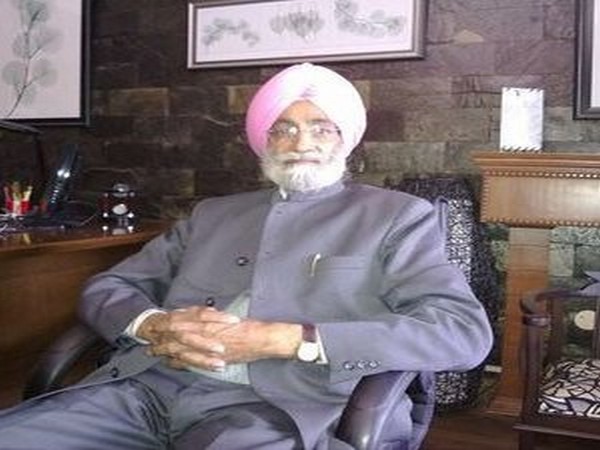 New Delhi [India], January 14 (ANI): Bhupinder Singh Mann, the National President of the Bharatiya Kisan Union (Mann) and Chairman of the All India Kisan Coordination Committee (AIKCC), on Thursday recused himself from the 4-member committee constituted by the Supreme Court to resolve the impasse between farmers and the Centre over the new farm laws.

This comes a day before the Central government is scheduled to hold the next round of talks with farmers' unions in New Delhi on Friday.
Former Rajya Sabha MP from Punjab, Mann said he is "thankful" to the top court for nominating him in the committee but would "sacrifice" any position offered to him so as "not to compromise the interests of farmers".
"As a farmer myself and Union leader, in view of the prevailing sentiments and apprehensions amongst the farm unions and the public in general, I am ready to sacrifice my position offered or given to me so as not to compromise the interests of Punjab and farmers of the country, I am recusing myself from the committee and I will always stand with my farmers and Punjab," Mann said in a statement.
Sharing the statement, BKU tweeted, "S. Bhupinder Singh Mann Ex MP and National President of BKU and Chairman of All India Kisan Coordination Committee has recused himself from the 4 member committee constituted by Hon'ble Supreme Court."
The Supreme Court had on Tuesday stayed the implementation of three farms laws until further orders and appointed a four-member committee to resolve the dispute between agitating farmer unions and the Centre over the three new farm laws.
The apex court had formed a 4-member panel comprising agricultural economist Ashok Gulati, BKU national president Bhupinder Singh Mann, Pramod Kumar Joshi- Director, South Asia, International Food Policy Research Institute and Shetkari Sanghatana president Anil Ghanwat to solicit the views of farmers and the Union government.
The committee has been directed to hold a dialogue with farmers and submit its recommendations pertaining to the farm laws within two months from the date of its first sitting. However, the leaders of farmers' unions had rejected the committee, saying their members were already in favour of farm laws.
Farmers have been protesting at different borders of the national capital since November 26, 2020, against the three newly enacted farm laws - Farmers' Produce Trade and Commerce (Promotion and Facilitation) Act, 2020, the Farmers (Empowerment and Protection) Agreement on Price Assurance and Farm Services Act, 2020, and the Essential Commodities (Amendment) Act, 2020. (ANI)