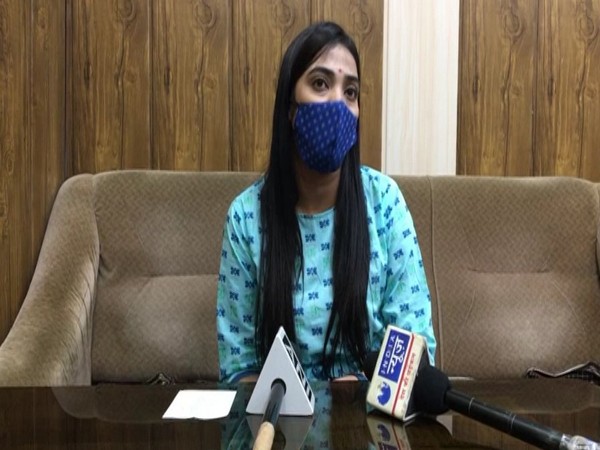 Indore (Madhya Pradesh) [India], June 10 (ANI): As many as 764 cases of black fungus have been reported so far and 49 people have succumbed to the disease in Indore, informed Apoorva Tiwari, District Data Manager, Health Department, Indore.

"Till now 764 cumulative cases of Mucormycosis or black fungus have been reported in Indore. 149 patients have been discharged and 49 people have succumbed to the disease," Tiwari told reporters here.
"Currently 566 patients are undergoing treatment for the disease in the district. 37 deaths have been recorded in Mahatma Gandhi Memorial (MGM) College and Hospital and 12 deaths in private hospitals. The recovery rate is quite good with more than 10 people getting discharged since the last two to three days," she said.
Mucormycosis or black fungus is a complication caused by fungal infection. People catch mucormycosis by coming in contact with the fungal spores in the environment. It can also develop on the skin after the fungus enters the skin through a cut, scrape, burn, or other type of skin trauma, as per the Union Health Ministry.
The disease is being detected among patients who are recovering or have recovered from COVID-19. Moreover, anyone who is diabetic and whose immune system is not functioning well needs to be on the guard against this, it had said. (ANI)