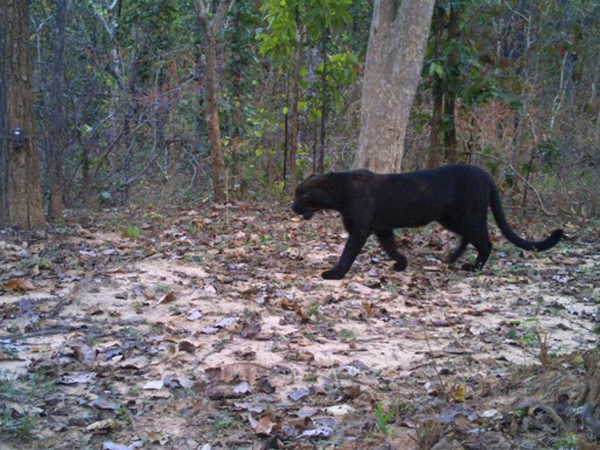 Bilaspur (Chhattisgarh) [India], May 22 (ANI): Stunning photographs of a rare black panther have emerged from the Achanakmar Tiger Reserve in Chhattisgarh's Bilaspur, evoking images of 'Bhageera' from Rudyard Kipling's 'The Jungle Book'.

The magnificent dark big cat has been captured on camera multiple times between March 25 and April 25 on trap cameras installed at the Achanakmar Tiger Reserve.
According to S Gupta, Chief Conservator of Forests, Achanakmar Tiger Reserve, the panther was spotted on cameras installed to track tigers.
"Black Panthers are rare. We spotted it 2017 as well. We had installed trap cameras between March 25 March to April 25 for tiger tracking. We will find out if there are cubs or other panthers in this area," she said.
Patrolling and tracking will be conducted according to the official.
'The Ghost of the Forest', the jet black panther also known as the melanistic leopard is usually shy, have excellent eyesight and usually prefer dense forests.
In India, they can be spotted in the dense forests of Kerala, Karnataka and Assam. (ANI)