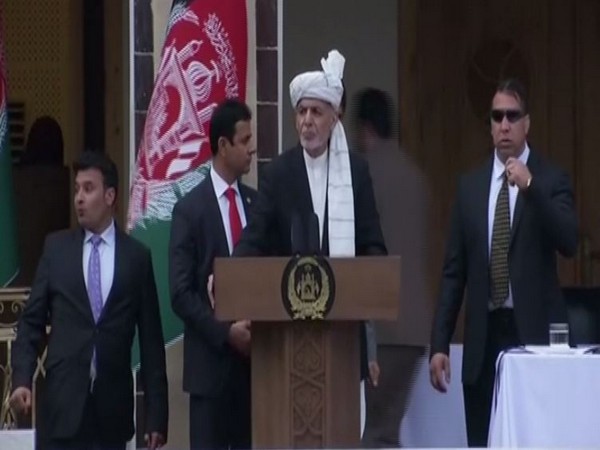 Kabul [Afghanistan], Mar 9 (ANI): Blast and firing were heard during the swearing-in ceremony of Afghan President Ashraf Ghani at the Presidential Palace here on Monday.

The incident occurred at the time when Ghani was addressing a large gathering at the Presidential Palace during the ceremony. Ghani did not leave the stage as the incident took place.
Ghani was sworn in as the Afghan President for the second term today, while his Chief Executive Abdullah Abdullah, who too claims to have won the Presidential election, held a parallel swearing-ceremony for himself.
Ghani was declared to have won a second term in February, nearly five months after the polls were held in September amid a record number of Taliban attacks intended to destabilise the election.
The preliminary results of the September votes were announced in December. Ghani was narrowly declared the winner while Chief Executive Abdullah Abdullah got 39 per cent of a total of over 1.8 million votes.
However, opposition parties immediately protested the result, threatening a full-blown political crisis on the cusp of a United States peace deal with the Taliban. The IEC conducted the assessments of votes and announced the results in February, declaring Ghani as the winner. (ANI)