Bond between India and new generation of the Diaspora is our focus, says Jaishankar 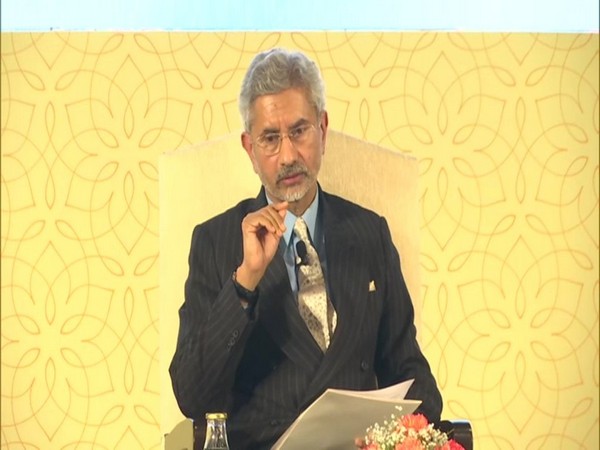 New Delhi [India], Jan 9 (ANI): External Affairs Minister S. Jaishankar said on Thursday that the main focus is to keep a strong bond between India and the new generation of the diaspora by bringing in reforms in Overseas Citizenship of India (OCI) scheme.

Jaishankar said at an event organised on the occasion of Pravasi Bharatiya Divas 2020 in New Delhi.
"We must make it easier for them (Indian Diaspora) to travel to India and it motivates us to reform our passports and Overseas Citizenship of India (OCI) scheme. Through technology, we have made consular, passport and visa services more people-friendly such as in mobile passport app, e-passport, e-visa and others," the diplomat stressed.
He also said that the Indian government is trying to make the provisions more secured for work, travel and living abroad for the Diaspora.
Therefore, the minister remarked, that the government has undertaken certain measures to nurture the relationship between Indians and people of Indian origin living abroad.
The government, last month, had relaxed certain OCI guidelines for reissue of passport for those below 20 years of age. The same new norms, granted till June 30 this year and described as a "temporary relaxation" by the Ministry of External Affairs said in a statement, would be applicable for those who are above 50 years.
The MEA said, "In case an OCI cardholder below the age of 20 years has not got OCI card re-issued on change of passport, he/she may travel on the strength of his/her existing OCI card bearing old passport number subject to the condition that along with the new passport, the OCI cardholder carries old passport mentioned in the OCI card".
"In case an OCI cardholder who has attained the age of 50 years and got his/her passport renewed subsequently but has not got his/her OCI card re-issued on renewal of passport, he/she may travel till June 30, 2020, on the strength of existing OCI card along with the new and old passports," the statement said.
The re-issuance of OCI card is not required each time a passport is issued to a cardholder between 21 and 50 years of age.
"The day for going to embassies and consulates for such purposes is now over," Jaishankar said.
"To that end, a number of initiatives have been taken for our migrant workers including pre-departure training programs. Grievance redressal mechanisms such as e-migrate and mother portals are also examples of relevance. Our embassies have been equipped to assist those more vulnerable and in need," he said.
PBD is celebrated on January 9 every year to mark the contribution of the overseas Indian community to the development of India. January 9, 1915 was the day that Mahatma Gandhi returned to India from South Africa and eventually led India's freedom struggle.
He also noted, "Our goal also is to be the first and immediate responder to those in distress situation, whether they are travellers who lost documents, students in difficulty, women in stress situations or workers who need support." (ANI)