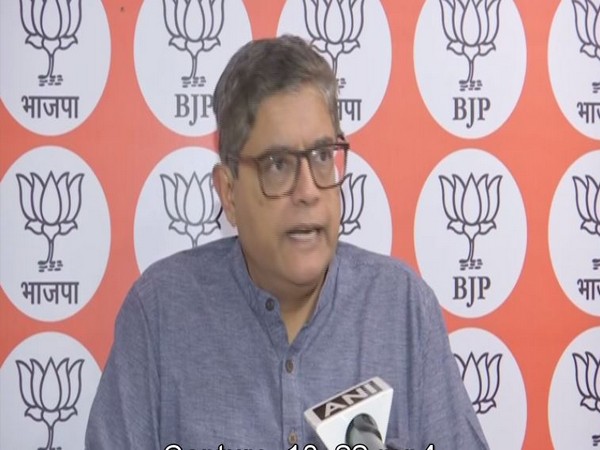 New Delhi [India], October 14 (ANI): BJP National Vice President Baijayant Jay Panda on Thursday slammed the leaders of the Congress party opposing the Centre's decision to extend the Border Security Force's (BSF) area of jurisdiction in three states, and said they need to examine whether they are interested in the country's security or only in their party's interest.

Speaking to ANI, Panda said the Centre has extended the area under the jurisdiction of the BSF in West Bengal, Punjab and Assam to curb terrorist activities and drug smuggling from across the country borders.
"The nation is facing some grave challenges from across the border. We are aware of the terrorist activities that are happening in the country, which are sponsored by terrorists who are based across the border also other similar elements. We are also aware of a very severe drug problem. There is an increase in incidents of drugs being smuggled from across the border," he said.
The BJP leader said the money earned from drug smuggling is being used to fund terrorists and underworld mafias and can not be taken lightly.
Panda stated that the Union government has a right to take steps needed to tackle any threat to the nation.
"It is very important that we tackle the threat of terrorism of drug smuggling, of arms smuggling, which is all interconnected, and it is all entirely within the union government's rights to take these steps through paramilitary forces such as BSF. By expanding the zone within which they can intervene, and make arrests, is the way we can go about stopping this scourge," he added.
Slamming Congress' stance, the BJP leader said, "If members of Congress party are making these comments and questioning why should BSF be intervening and stopping terrorists and drug smugglers, then they should really examine their own position, whether they are interested in the country's security and interest or whether they are interested only in their party's interest."
The comment came after Punjab Chief Minister Charanjit Singh Channi condemned the Centre's decision and said that it is a "direct attack on federalism".
On Wednesday, Former Punjab Congress president Sunil Jakhar also claimed that the move "castigated" the Punjab Police.
Union Home Ministry on Wednesday extended the area states of West Bengal, Punjab and Assam, under the jurisdiction of the Border Security Force (BSF), giving the paramilitary personnel powers of arrest, search and seizure, on par with state police.
Centre said the move was aimed at maintaining "zero tolerance" against terrorism and cross border crimes, and empowered the BSF to conduct searches, arrest suspects and make seizures up to an area of 50 km inside Indian territory from the International Border (IB) along the India-Pakistan and India-Bangladesh borders.
As per the fresh order, the BSF, which was only empowered to take action up to fifteen kilometres in the states of Punjab, West Bengal, and Assam, has now been authorised to spread its jurisdiction up to 50 km without any hurdle or further permission either from central or state governments. (ANI)