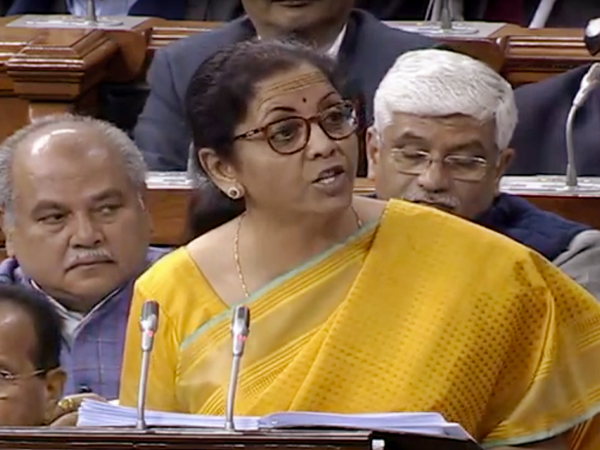 New Delhi [India], Feb 1 (ANI): The government in its budget 2020 has announced a National Mission on Quantum Technologies and Applications (NM-QTA) with a total budget outlay of Rs 8000 Crore for a period of five years to be implemented by the Department of Science & Technology (DST).

In Union Budget speech, Finance Minister Nirmala Sitharaman said that the new economy is based on innovations that disrupt established, business models. Artificial intelligence, Internet-of-Things (IoT), 3D printing, drones, DNA data storage, quantum computing, are re-writing the world economic order.
"Quantum technology is opening up new frontiers in computing, communications, cybersecurity with wide-spread applications. It is expected that lots of commercial applications would emerge from theoretical constructs which are developing in this area. It is proposed to provide an outlay of Rs 8000 crore over a period of five years for the National Mission on Quantum Technologies and Applications," she said.
An official release said that quantum technologies are rapidly developing globally with huge disruptive potential.
"The next generation transformative technologies that will receive a push under this mission include quantum computers and computing, quantum communication, quantum key distribution, encryption, cryptanalysis, quantum devices, quantum sensing, quantum materials, quantum clock and so on. The areas of focus for the Mission will be in fundamental science, translation, technology development, human and infrastructural resource generation, innovation and start-ups to address issues concerning national priorities," the release said. (ANI)