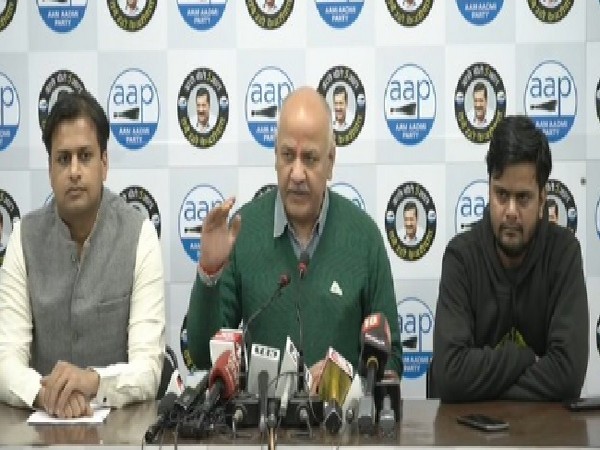 New Delhi [India], Feb 1 (ANI): Deputy Chief Minister of Delhi, Manish Sisodia on Saturday hit out at the Centre over the budget saying it has betrayed the aspirations of the people of Delhi.

At a press conference, Sisodia said, "This budget has betrayed the aspirations of Delhi people. We all were waiting for the budget as it is election time in Delhi these days and we hoped that there will be a good announcement in the budget for Delhi."
Sisodia said, "Since 2001, Delhi has been getting lesser Central share. 42 per cent of Central taxes should be given to states and by this logic, Delhi should have got Rs 7,000 crore."
"People of Delhi pay tax amounting to Rs 1.5 lakh crore and accordingly Delhi should have got more but this time too, we got Rs 325 crore," he said.
"The MCDs have not been allotted any funds which were required for the payment of salaries of the employees," Sisodia further added.
Union Finance Minister Nirmala Sitharaman on Saturday presented Union Budget for 2020-21, which proposes to give Indian economy an impetus to emerge as more vibrant and stronger. (ANI)