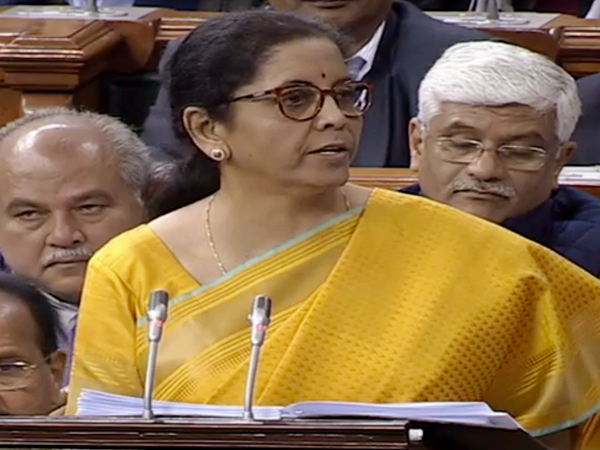 "Taxpayers in whose cases appeals are pending at any level can benefit from this scheme," said Finance Minister Nirmala Sitharaman while presenting the Budget proposals.
Under the scheme, a taxpayer will be required to pay only the amount of disputed taxes and will get a complete waiver of interest and penalty provided the person pays by March 31.
Those who avail this scheme after March 31 will have to pay some additional amount. The scheme will remain open till June 30. "I hope that taxpayers will make use of this opportunity to get relief from vexatious litigation process, said Sitharaman.
There are 4.83 lakh direct tax cases pending in various appellate forums -- Commissioner (Appeals), Income Tax Appellate Tribunals, High Courts and the Supreme Court.
Referring to several measures taken to reduce tax litigations, Sitharaman said that in the last Budget, Sabka Vishwas Scheme was brought in to reduce litigation in indirect taxes. It resulted in settling over 1.89 lakh cases, she said.
To impart greater efficiency, transparency and accountability to the assessment process, a new faceless assessment scheme has already been introduced. the Finance Minister said the Income Tax Act will be amended to enable faceless appeal on the lines of faceless assessment.
Besides, a system will be introduced under which permanent account number (PAN) will be instantly allotted online on the basis of Aadhaar without any requirement for filing a detailed application form. In the last Budget, the interchangeability of PAN and Aadhaar was introduced.
The Budget has also proposed to amend provisions of the Income Tax Act to mandate the Central Board of Direct Taxes (CBDT) to adopt a taxpayers' charter.
Sitharaman said any tax system requires trust between taxpayers and the administration. This will be possible only when a taxpayer's rights are clearly enumerated.
(ANI)