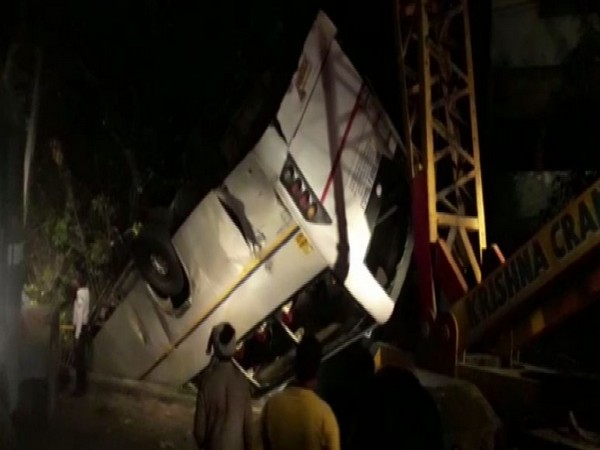 Ghaziabad (Uttar Pradesh) [India], October 14 (ANI): Around three people were seriously injured after a bus fell from Bhatia Modh flyover in Ghaziabad of Uttar Pradesh on Wednesday, the police said.

Speaking to ANI, Pawan Kumar, Senior Superintendent of Police (SSP) informed that the reason behind the incident was the tyre explosion of the bus.
"The bus was coming from Noida to Ghaziabad carrying 7-8 passengers. It fell from the Bhatia Modh flyover due to a tyre explosion," he said.
Kumar informed that around two two-wheelers got trapped under the bus when it fell from the flyover. 3 people are seriously injured, he added.
The police immediately reached the spot and the rescue operation is underway.
More details are awaited. (ANI)