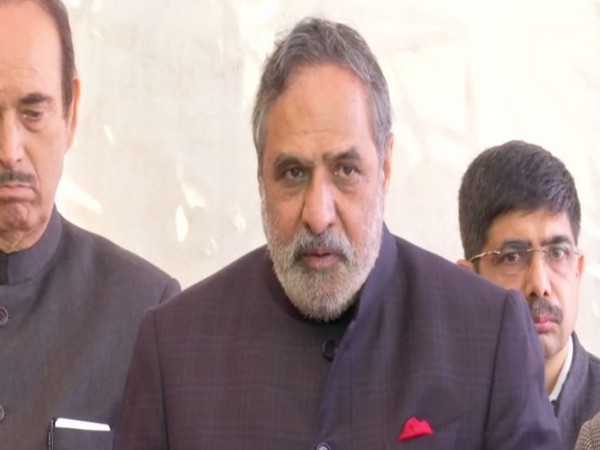 New Delhi [India], Jan 31 (ANI): Congress leader Anand Sharma on Friday slammed the government for creating fault lines in the country through the Citizenship Amendment Act (CAA) and accused the government of lacking compassion for the demonstrators.

"This legislation (CAA) has created fault lines in the country and there is tension. The government is arrogant and the government is also lacking compassion for those protesting against the law, said Sharma after the Joint Session of Parliament at the beginning of Budget Session.
He also hit out BJP-led government saying, "The kind of violence that has been engineered and triggered and the kind of language of the minister and the senior members of the BJP are using ."
Commenting over President Ram Nath Kovind's address at the session, he said, "Today is a very unfortunate day. It is expected from the President that he will not praise the government for the problem that afflicts the county."
"President is the custodian of the Constitution of the country. If the Constitution is being affected by the wrong law that the government passed using its majority," he added.
The Congress leader also accused the government of lowering the prestige of President following his address at the Parliament.
Meanwhile, CPI-M General Secretary Sitaram Yechury echoed the Congress leaders' sentiment saying that he is concerned about what is happening in the country regarding the ongoing protest against the CAA.
"We are very concerned about happenings in the country. The government has so far not even signaled about a dialogue with the people protesting against the CAA/NCR/NPR. Instead, we are seeing that they are resorting to state-sponsored violence in front of the police,"
Talking about Thursday's shooting incident near Jamia University where a juvenile open fired, Yechury said, "Yesterday you saw someone crossing the police barricade and with a pistol and going into the crowd of Jamia students and shooting. All was being done in front of the police and nothing was done to prevent it."
"Any responsible government will start some form of negotiation. Instead, there is state-sponsored violence."
The Union Budget will be presented on Saturday. The first phase of the session will conclude on February 11, while the second part of the session will begin from March 2 and end on April 3. (ANI)